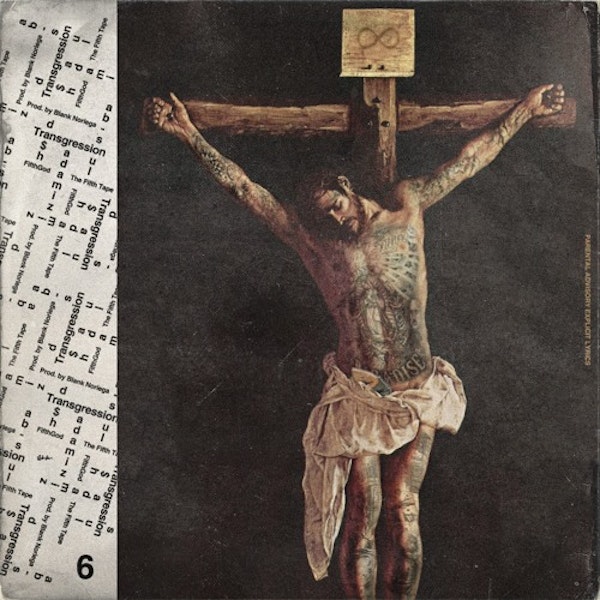 It takes perseverance to do anything worth doing in this life. Easy wins are always welcomed, but never as satisfying. Long Island native — also an engineer and music video director for NYC collective Mogul Club — FifthGod knows this feeling all too well. After years of trying to perfect the essence of the record, he finally completes his task of getting Da$h, Radamiz, and the ever elusive Ab-Soul together for his newest single, “Transgression.”

Serving as the 4th and last single for Fifth’s upcoming project, The Fifth Tape, “Transgression” is a lyrically driven, highly skilled track that sees some of the game’s most talented wordsmiths going back and forth over dusty, boom-bap production provided by Blank Noriega. While all three delivers formidable verses, it’s hard not to grin as Soul effortlessly skates over the beat, giving us one of his better verses in quite some time.

Speaking on the making of the record, Fifth told us:

“I started working on this track back in 2014 when I had a clear vision of getting Da$H and Soul on a record together for The Fifth Tape. After having Da$H come through to our studio in L.I. and getting his verse for the record, I was eventually able to get Soul on board via our mutual friend Hopelord. I picked Soul up from Central Park the day after his album These Days dropped and drove him back to Blank’s crib in L.I. and recorded him myself there. The record sat for a few years while I spent time perfecting and adding more tracks to the album. In 2017 I decided to tell Radamiz to write a few verses to the track and see what he could come up with. His addition, along with Blank’s father laying some additional guitar licks down, and some additional outro vocals from Riz Allah, really made the record come full circle and have the impactful presence I’ve always wanted it to.”

Be sure to press play on, “Transgression” below and get yourself ready for The Fifth Tape, which is set to be released soon.