Songs
Nov 7, 2018
LocateEmilio has been working with tunnel vision

“I was fifteen in the dark, I was plotting this” 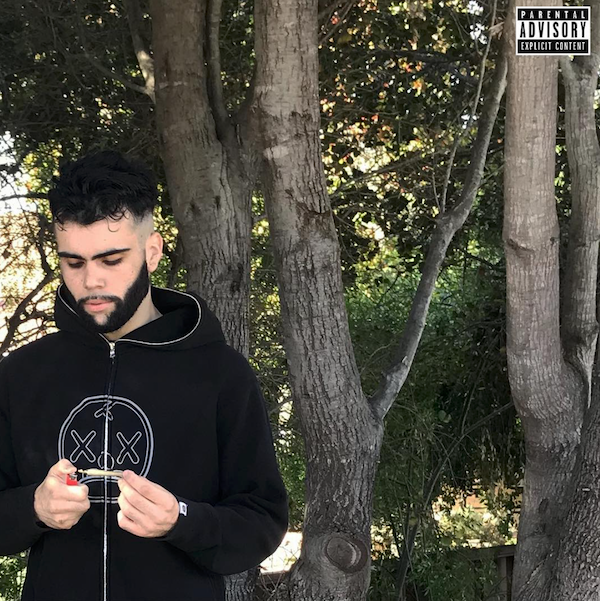 LocateEmilio is the Bay Area’s certified hit-maker responsible for vibrant tracks like “Check” and “Own It”. Although he never ceases to put out content, Emilio has been hyperfocused as of late, working on an album that might be the pinnacle of his inventive discography.

In the midst of this tunnel vision endeavor, he’s has been keeping fans satisfied by dropping a slew of singles unattached to the project. The most recent track to surface is “WASTE NO TIME”, a smooth record that reminds us he’s not limited to rapping.

The self-produced instrumental sets an emotive tone from the jump, giving way for Emilio to contemplate the uphill road to his achievements. His slightly-autotuned voice croons the story of a 15-year-old Locate making music in a pitch black, freezing garage.

“There are days where I wake up and feel like I haven’t done enough, but once I sit down and remind myself of the progress I’ve made and the steps I’ve taken, it brings me back to a motivated state,” he tells ELEVATOR.

Not everyone’s cut out for the hip-hop industry, it requires a certain amount of raw talent. That being said, anyone with a relentless work ethic and an aptitude for making bangers is bound to succeed. LocateEmilio fits the bill and even handles his own production, leaving nothing up to chance. Get behind him now before his inevitable shine comes by streaming “WASTE NO TIME” below.