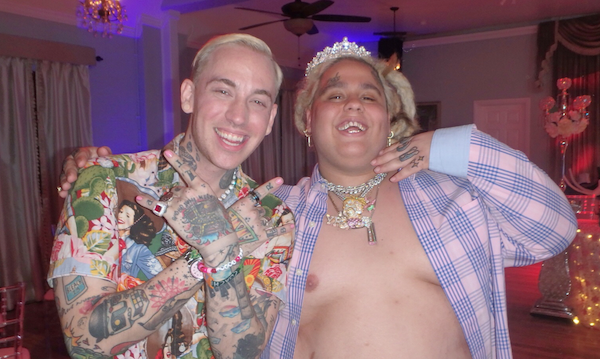 The unlikely collaboration proves to be an overwhelming success, as Nick and Bear trade verses atop a melodic instrumental courtesy of Mikey The Magician.

Press play on the drug-fueled track below.