“She didn’t wanna talk back then, now she gives me mouth” 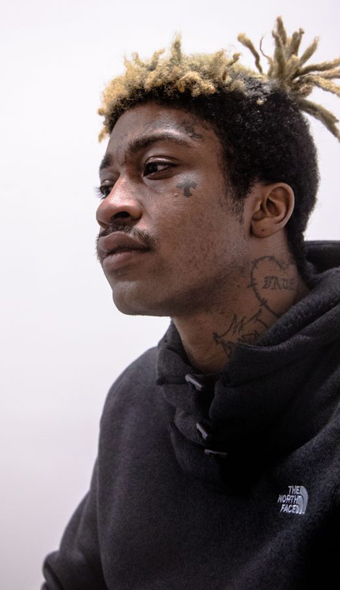 Lil Tracy continues to be one of the most enigmatic artists in the game. Yesterday he celebrated his 23rd birthday and would release his latest single late last night. “Alex Mcquuen”, produced by Richie Souf is an upbeat record that sees Tracy flex his vocals and shoe choice throughout.

Tracy continues to build on what’s been an already impressive year, following the release of his “Like a Farmer” track that garnered a Lil Uzi Vert assisted remix. Tracy has continued to evolve sonically and personally and it’s reflected in his new releases. His latest comes on the heels of “10 Racks” which finds Tracy showcasing come impressive bars on the energetic instrumental. “Alex Mcqueen” is a melodic reminder of Tracy’s rockstar persona, “These Alex Mcquuen’s, standing on they neck can’t let em breathe”.

Press play on the new track below.