What does Ian Connor even fuckin’ do?

As most rap beef starts nowadays, alleged rapist Ian Connor posted a comment on Instagram calling out Miami rapper Smokepurpp for wearing a butterfly necklace which apparently resembled Carti’s trademark a bit too much for his liking. 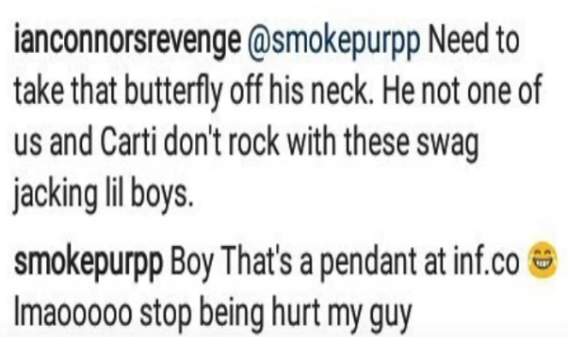 A few hours after the comment was posted, Lil Pump took to IG Live to voice his opinions on Connor, saying “I heard someone was talking shit; some rapist called Ian Connor.” Elaborating on his claims, Pump continues “I’m only 16 bitch and I’m out here gettin’ money, you broke as fuck!” 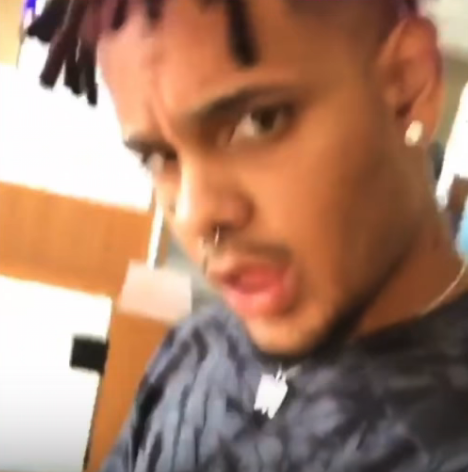 Fellow Florida rapper XXXTentacion weighed in on the situation to Connor via text, saying “U ain’t even in the wrong. I fuck wit Pump tho, ion really fuck wit bro cause he be tryna sound like n***as.” 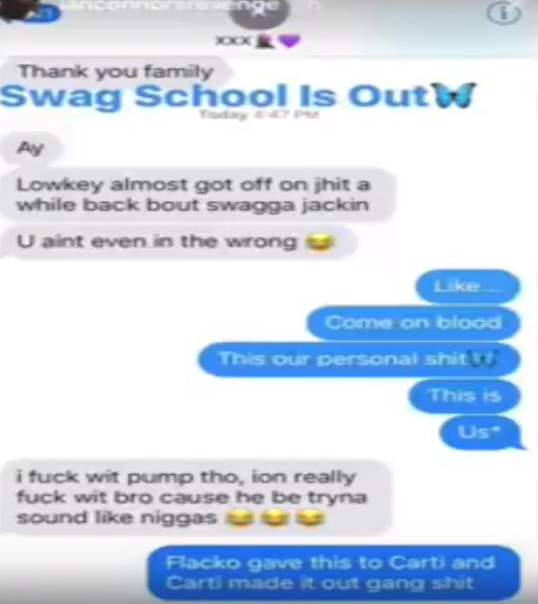 The last word came as Purpp responded saying “Me and Pump just spoke to X on the phone, everything’s good. The problem wasn’t with X, the problem was with Ian but we over that. We won, I don’t care, we win.”

Stay tuned for more information on this captivating beef and remember that the internet is the only way to go about solving your personal problems with people, Ian Connor.