Lil Pump is going on tour

Lil Pump is embarking on a 27-city nationwide tour in support of his debut, self-titled mixtape. The project is set to drop on Friday, October 6th and will feature ‘Gucci Gang’ amongst other classic bangers from the SoFlo native.

The ‘Lil Pump Tour’ kicks off in Los Angeles on October 31st and will come to a close on December 23rd in San Diego after hitting cities like New York, Atlanta, Las Vegas & more. 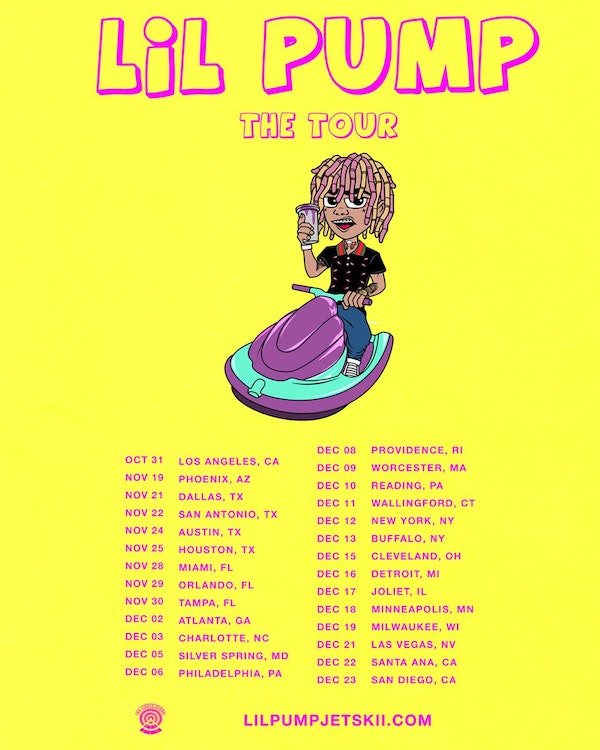