“Start the day off with a pint!” 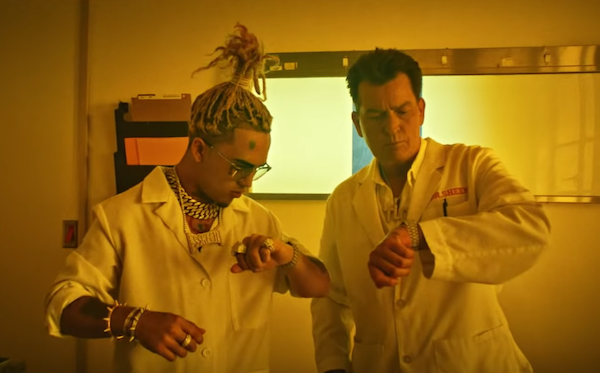 When Lil Pump and Charlie Sheen were spotted together on Instagram a few weeks ago, the internet went absolutely ballistic. Turns out the two were shooting a video for Pump’s new single “Drug Addicts,” and today the visual has finally arrived.

The legendary actor joins Pump in a rehab facility, filled with endless temptations including an array of half-naked women. “I’ve been smoking since I was eleven. I’ve been popping pills since I was seven,” says the 17-year-old rapper.