20-year old Atlanta rapper Lil Keed spoke with ELEVATOR about his journey so far, from waiting to crowdsurf to getting shouted out on Drake’s Instagram story.

Atlanta newcomer and YSL signee Lil Keed is on his way up. Whether he’s posting Triller videos to increase visibility online or making sure he’s standing behind Thugger during a festival performance, Keed knows where he needs to be in order to edge his way into the spotlight.

Keed uses his high energy performance style and social media savvy to garner a rapidly-increasing fanbase: “[The crowd] be screaming, “Trippie, Trippie!” so you gotta get their attention till he comes out. I be doing what I can. I just do me. I do me and hopefully, they be happy with it, the set is fye with it,” Lil Keed explains, as he gets ready to open for Trippie Redd at the Life’s a Trip tour stop in New Haven, CT.

Lil Keed has been grateful for every opportunity so far and has a lot to look forward to with his album slated to release this May. He spoke with me about how he’s doing his best to take advantage of every step of the process. Our conversation follows: 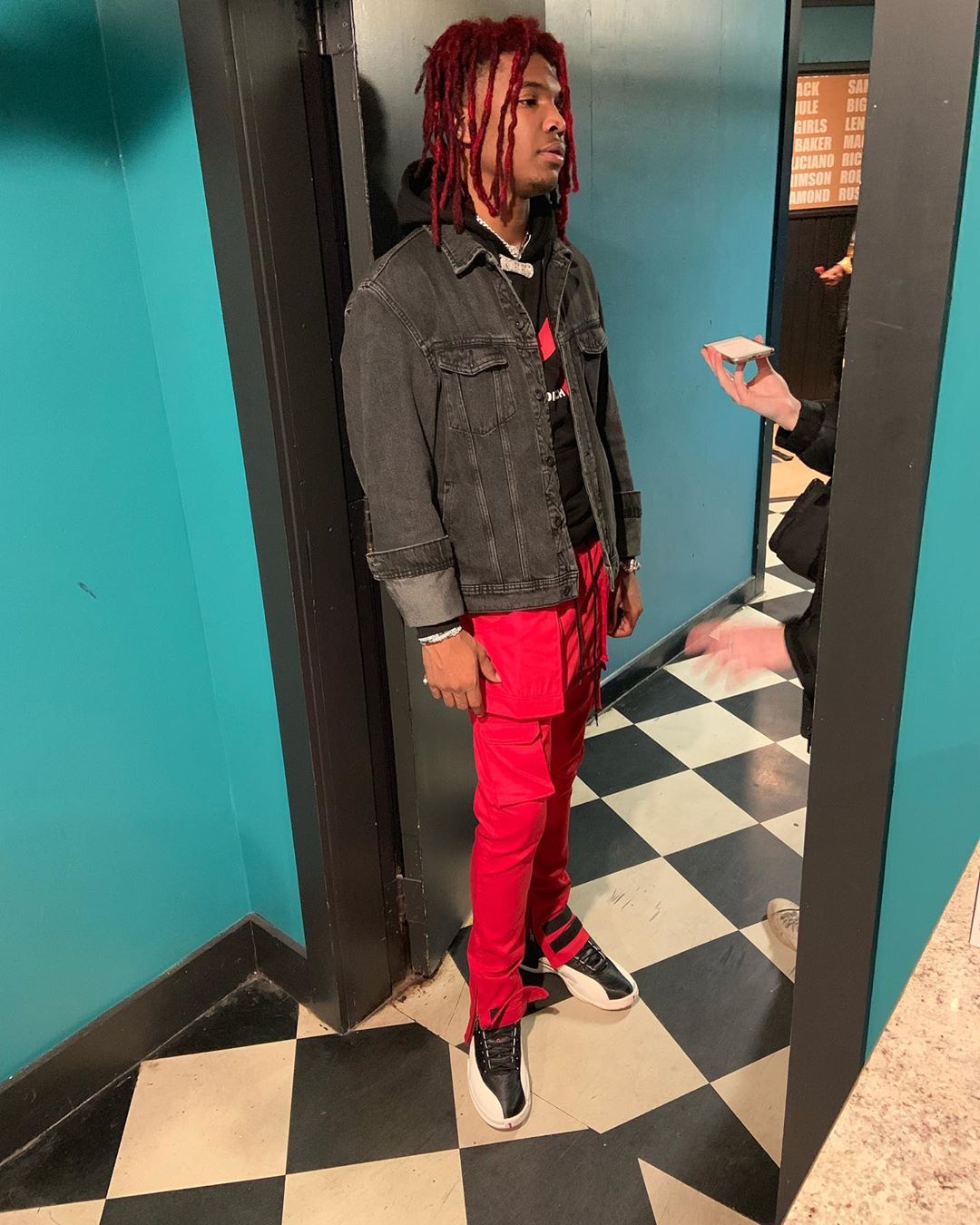 How does it feel to be part of a tour that’s had sold out dates so far?

What are some of the tours that you’ve been on so far?

I’ve been on the KOD tour with J.Cole and Young Thug, and Lil Yachty brought me out on the tour that he on right now, I performed there at the Xfinity Energy Center, in Atlanta, in Gwinnett [County]. He brought me out.

What is it like having to engage with fans on social media in addition to having to be so physically present onstage?

What do you feel like the benefits of touring are in the streaming era?

What’s your chemistry like with the other artists touring?

It’s great, everybody loves me! I’m just a cool young nigga man, I just be chilling. I come in and work, handle my business, and keep shit going. We treat each other like partners, we brothers, so it ain’t just business. Everything ain’t so serious all the time. We having fun. I love it.

Have you headlined any of your own shows yet?

I have not, but I am looking forward to getting my own tour.

What do you think is going to be the difference between being an opener and being a headliner?

Everybody [will be] in there for me. Everybody’s gonna know all my music. It ain’t gonna be nobody just blank, looking at me like “who the fuck is him?”– it ain’t gonna be that. It’s gonna be more love, it’s gonna be more turnt. That’s when I’ma finally dive in the crowd! Cause I ain’t diving in the crowd yet. Nobody’s gonna catch me like that. I mean, they will because they don’t want you to land on your ass but I want them all to catch me…

Out of love. You get what I’m saying. 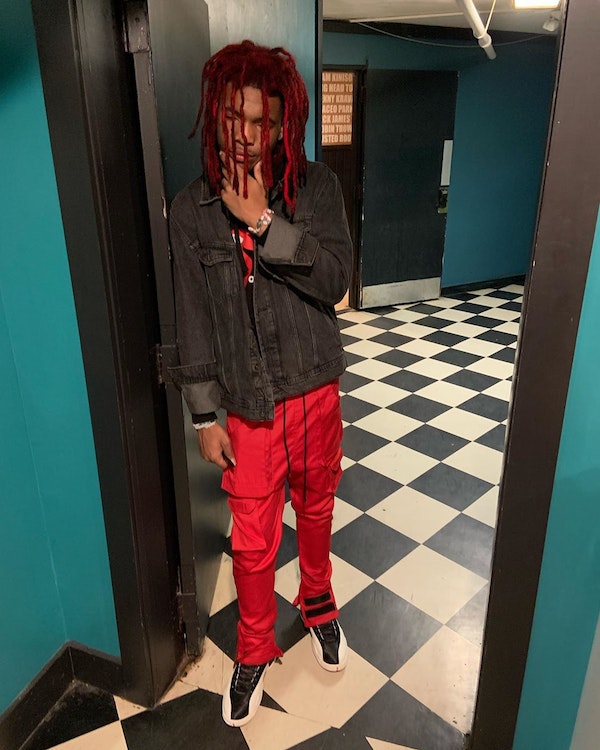 How much creative input do you have as an opener on the tour?

I just got damn, I have my little background and shit. Nah, though, I will be bringing water guns and shit like that. I mean, we were just in Tennessee and I brought, like, almost like got damn 30 water guns! Fill ‘em up, came up spraying them motherfuckers, like, yeah! Just bringing the crowd up, getting hyper, hyper, hyper, because I’m the last act before Trippie come on. So, I have to bring it before he comes on. When he comes on, it’s over with, everybody’s just dead. His ass, they went for him anyway! They were screaming, “Trippie, Trippie!” so you gotta get their attention till he comes out. I am doing what I can. I just do me. I do me and hopefully, they be happy with it, the set is fire with it.

Who are your biggest influences?

How has life changed since signing to YSL and 300?

A lot. Folks look at me differently. I don’t get treated the same no more. I get treated like a real star. And I’m tryna be a megastar so, you know, I got a lot of work to do. Drake just co-signed me. He had me on his page and shit.

Yeah, shit is crazy. He just posted me one, uh, the other night, one of my songs.

How important is social media for you?

Thank you. Yeah, thank you. You said how it is important, social– that’s how folks gonna see you! From all the way over here! Like you can’t– social media help everybody. It helps everybody so I don’t want nobody to think, or I don’t wanna hear no rapper say “I don’t need social media!” Yes, the fuck, you do. Triller, I was just telling them, I was doing Triller, I was the one that started back making everybody doing Triller videos. Everybody knows this. I’m the one who brought it back. Because I did it with “Nameless”. That was how I knew “Nameless” was gonna be a hot song because I did it with “Nameless” and got damn, I dropped that shit on my Instagram and that shit went crazy. It went viral. They were texting me, like, “Your shit doing numbers! You done did so many numbers this week.” Triller, I’m verified on there. On Triller! How the fuck you be verified on Triller, man? I gotta tell you, man, I brought that shit back. That shit was out when I was like, in 9th grade, you feel me. Now I see everybody, every rapper doing Trillers now. Wasn’t nobody doing them. I just tried it one day. And it worked for me. That’s something kids can have fun with, grown folks, everybody doing it, so I ain’t tripping. I love it. 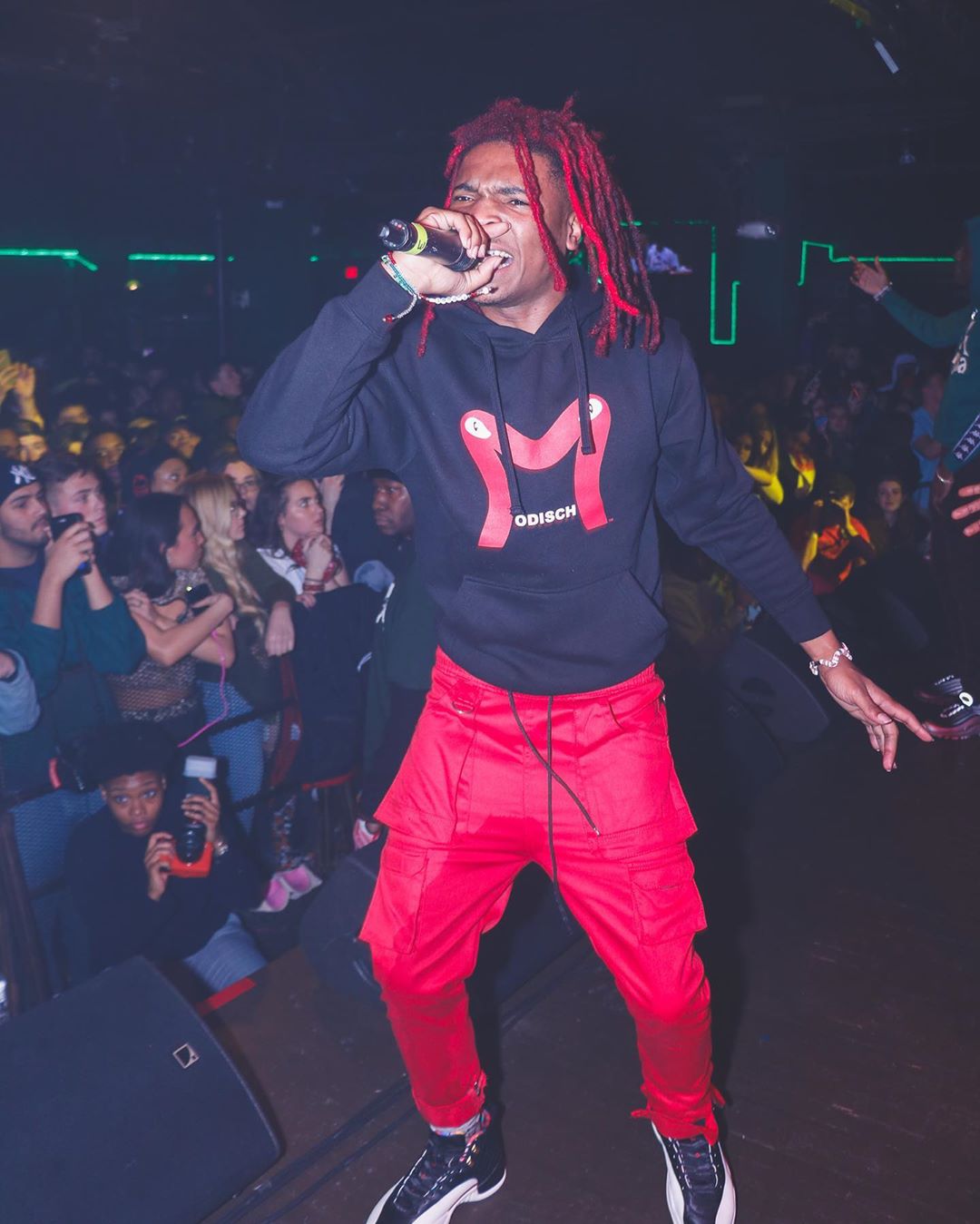 How old are you?

What do you think your age has to do with your ability to use social media?

How do you feel about the way you and other artists use social media as a tool?

As I said, you need social media. It help you catch other folks far over, like in South Africa, all this shit, it helps you expand what you got going on. It’s good for if you got a business, anything. Social media gonna help you out. If you really going to do it to handle your business it’s going to help you. You just gotta got damn put in work for it. That’s all you need to do. This shit going to go, man. So everybody who heard me, man, put in your work. You going to go, telling you. 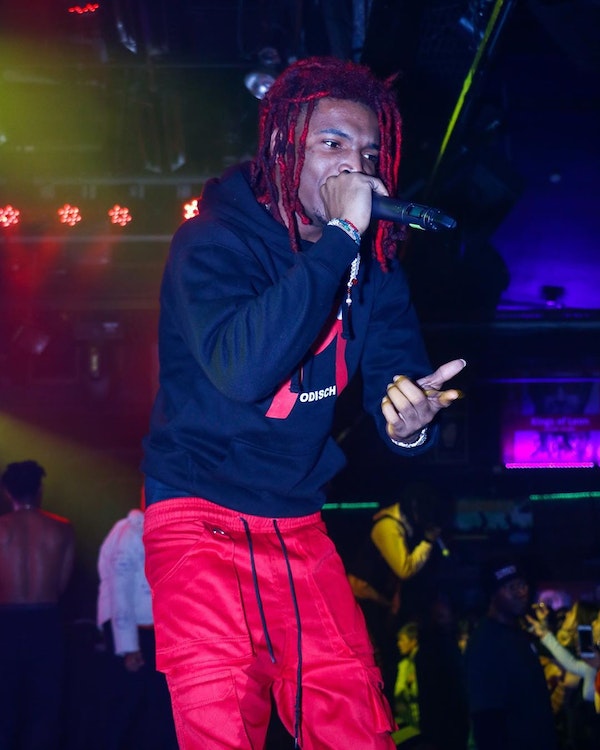 With his unique digital marketing smarts, consistent sound, and the support of a strong team behind him, Lil Keed is set to blow up. His determination to stick around is matched by his peers and mentors within the YSL camp: from Keed, to Strick, T-Shyne, Duke, to Gunna, and Young Thug himself, these artists know the kind of drive it takes to stand out from the rest.