Lil bucks x 1mere from west philly are on the rise

West Philly has been on fire. 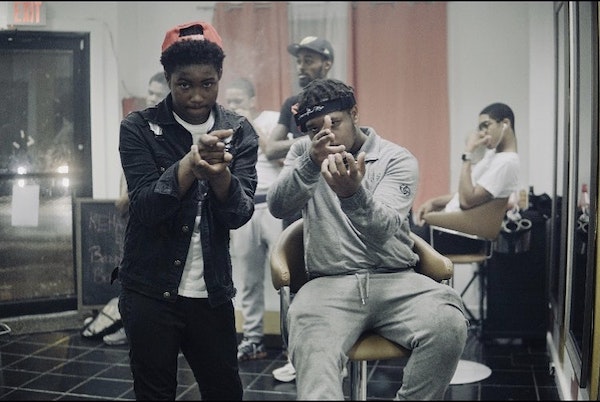 Lil Bucks and 1Mere are an emerging duo who hail from West Philly, which has been a hotspot for music the past few months. Their latest offering titled, “Spin Again”, follows up their two previous videos titled, “We Spinnin” and “We Spinnin 2” which currently sits at 120k views and 225k views respectively on YouTube. Much like their previous two drops, this track is energetic and menacing as the 15 year old Lil Bucks and his older counter-part 1Mere go back and forth on the beat. Both of them ride the instrumental with ease and deliver a powerful cadence overall.

The music video is shot by SkeezyDaShoota and he highlights the duo and dozens of their guys surrounding them in the streets at night. He does not overdue the editing as the pair is pretty entertaining themselves to watch but the entirety of the video is still very slick and clean-cut. Watch out for this duo as they continue to make more bangers in the future.