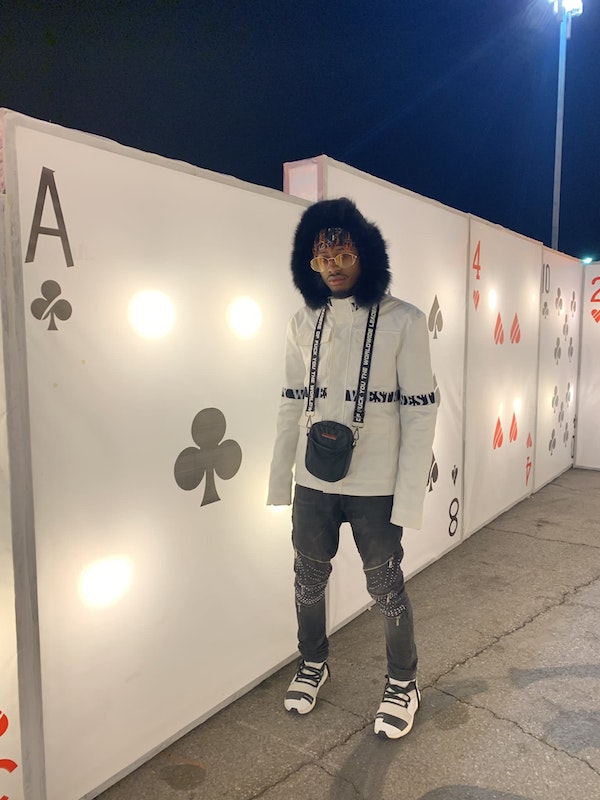 Fashion and Hip-Hop are so synonymous at this point, that it’s almost as if both carry the same job duties. Because of this, we’ve seen rappers step up everything revolving their image, and have upped the ante when it comes to visuals. One rapper that’s essentially made a career out of being flier than you, is Le$LaFlame, and the young Las Vegas native proves it in his new video for, “OhhYouLike”.

Compared to his other, more popular tracks, “OhhYouLike” is a lot more laid back than you’re usually going to see Le$. Tapping into another layer of swag, Le$ frolics around the winter wonderland provided by the director, Tony Trip, calmly letting off smooth bars about a woman who’s obviously beginning to loosen up a bit. With production provided by RojasOnTheBeat, the quality is never in question as Rojas gifts Le$ with a polished, dope beat, just ready to be demolished.

In all, the video for, “OhhYouLike” is exactly why Le$ is one of the torchbearers for Las Vegas. Never forgetting his roots, you can see Sin City in every move he makes. Take a peek at his new video below and get hip to the wave.