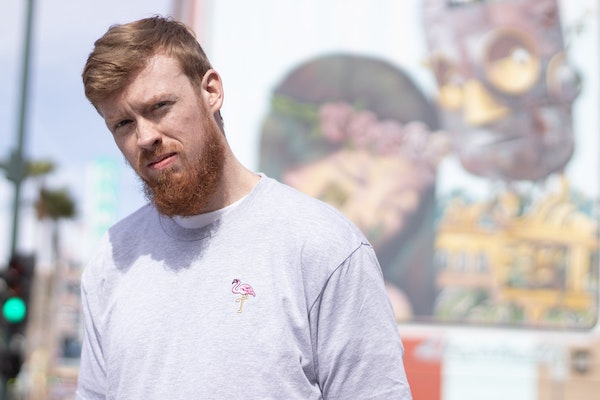 Continuing this special holiday of receiving gifts (buy your homies a pre-roll, you cheapskate), getting stoned and bumping great music, another artist to be hip to is Las Vegas lyricist, Roi Lorange. Sporting orange hair and a seriously potent flow, the Vegas native taps in to release his infectious new EP, Thin Ice.

At 6-tracks, the EP is at a perfect length and runtime for what Roi was looking to convey. Serving as a follow up to his well-received last project, The Deep Sea EP, this project is a bit laxer and a lot more polished. Immediately on the first track, you can hear the progression and confidence in Roi’s flow, which was already notable, but especially in his word choice. Whereas on earlier music, Roi sounded like he was going through similar growing pains as Childish Gambino once did with his quirky lyrics, he sounds grown, polished and ready for whatever on this project.

Take a listen to the project below, and get familiar with the red-head Vegas favorite sooner than later.