Angel TFC is at the “Top Of The Food Chain”. 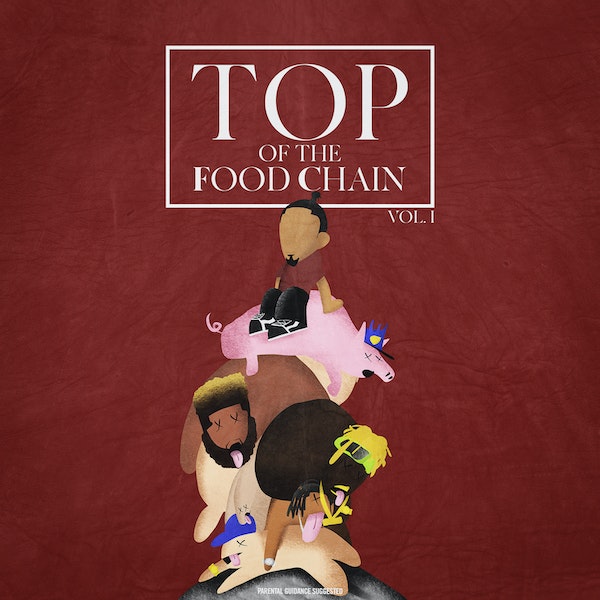 One of my favorite things in the world is when a producer realizes their power and decides to craft a project of their own. Nine times out of ten, producers have the most personal relationships with rappers — engineers are the other one percent — so a lot of times that allows for some interesting collaborations that may have not happened otherwise. Utilizing this brilliant method, buzzing Las Vegas producer, Angel TFC opens up his network and recruits some of Sin City’s finest for his new compilation EP, Top of the Food Chain, Vol. 1.

At only 4-tracks, the project is short in time but massively jam-packed with action. Instead of throwing a soft pitch or two, Angel turns up the heat and brings out the big guns. For the intro, he taps Relax Rekords teammates Kazzy Chase and Kenny Relax for the slippery standout, before turning to Big Homie Stone and Teej for the more breezy, “Diamonds On Top” and rounding it out with the VeryVegas banger, “Phone Been”.

The best song, without a doubt, though is the Zotiyac solo, “One Shot”. Showcasing the machine-gun like cadence that has made Yac one of the hottest underground prospects in America, Angel’s production brings out another layer of aggression from the young lyricist, making for one of the better project cuts of this month, so far.

Take a listen to Top of the Food Chain, Vol. 1 below and get familiar with Las Vegas’ ascension in Hip-Hop.