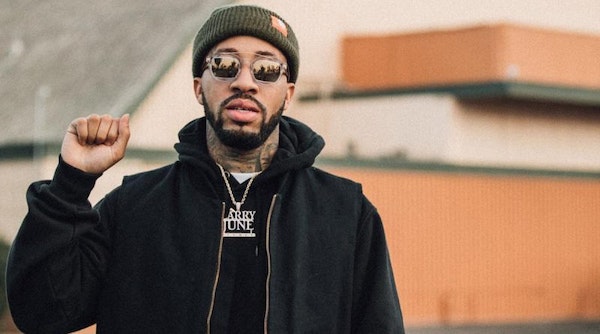 Within the west coast music scene, Larry June is seen as a trendsetter of sorts, constantly creating waves before anyone else is hip and in the long run, proving to be quite an influential figure. He knows just what to do to craft a banger whenever needed, putting this engrained skill on display yet again with his latest offering, “Expensive Lemonade” this track is guaranteed to stick in your head as an absolute hit after just one listen.

The GirlsLoveTrey-directed visual follows the San Francisco artist around flexing in his hotel room marking himself as the star of the show and drinking his own lemonade along to his newest hit further illustrating the nature of the song with a keen eye for color and detail. With that being said, be on the lookout for more on the way from this rising star and enjoy the Patrickwavmaker produced track below.