Lacree is the genre-bending songstress you’ll become enamored with

The Virginia Beach native opens up. 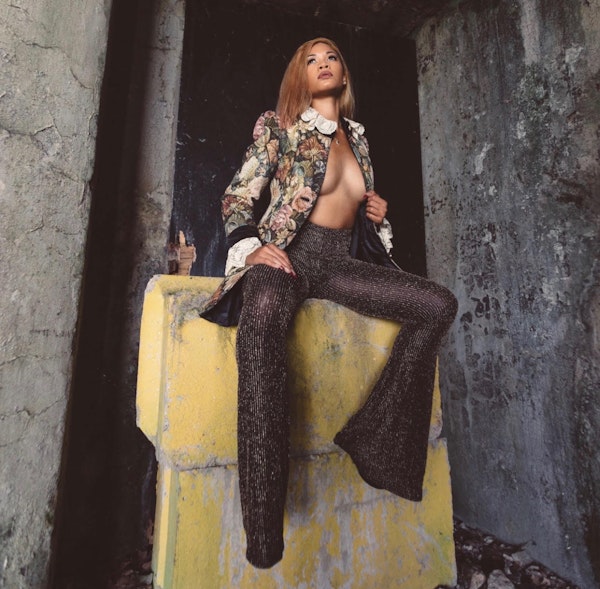 Sensuality in music often takes many forms. There’s the brash yet subtle nature of Pink’s sonic delivery, the ethereal nature of M.I.A.’s indescribable music catalog, and then there’s the drawling whisper of Erykah Badu’s greatest hits. What makes music of this nature work is the emotions they exhibit and which they cause the listener to have. It’s a slim field because there aren’t too many artists who can successfully create a lasting wave that’s genuine and generates interest from casual listeners.

Virginia’s own Lacree is a new entrant into the scene, bereft with an other-wordly nature she brings to her music that makes her one of the state’s immediate standouts. Her mysterious nature juxtaposes with the permanent grin etched across her face, making her more of an enigma than artist. We got a chance to interview the budding artist and talked about radiant personality, the Maneki-Neko, YesJulz, and so much more.

Describe Lacree. Who is she?
Lacree is a singer/songwriter out of Virginia Beach. Lacree is super passionate about music just as much as business and her brand. Her brand consists of pushing the message to females that you can have do and be whatever you want however you want. Super independent and hands on, agressive when it comes to her goals with a crazy work ethic. She’s the person everyone wants to get to know, complex but transparent. I talk to EVERYONE the bouncer the kids in line people in the crowd I answer all my comments etc. I’m a people person, and I just talking about myself in third person hahahahaha.

From one look at your Twitter account and by listening to your music, it’s evident that you radiate positivity. How do you manage to stay so upbeat?
I actually have become a role model/mentor to younger females from having an image so upbeat. That feels good. I’m super girl power woman in power because I’ve been through more than the average person (Like… dead ass B lol). My upbeat personality is just an overcompensation from a rough childhood honestly and I’m not ashamed of that. So instead of being lame sad and unproductive I stay turnt! I put all my frustrations into my music. You can hear it in my songwriting voice and performances.

Your approach to music is fresh and not usually what you’d associate with a Southern state like Virginia. How’d you find your sound?
My sound is crazy… it’s all over the place low key. My vocal range and style varies with a wide range. I listen and grew up listening to everything under the sun from alternative to 70’s 80’s R&B Hip Hop Regaee etc. My sound is still growing for sure. 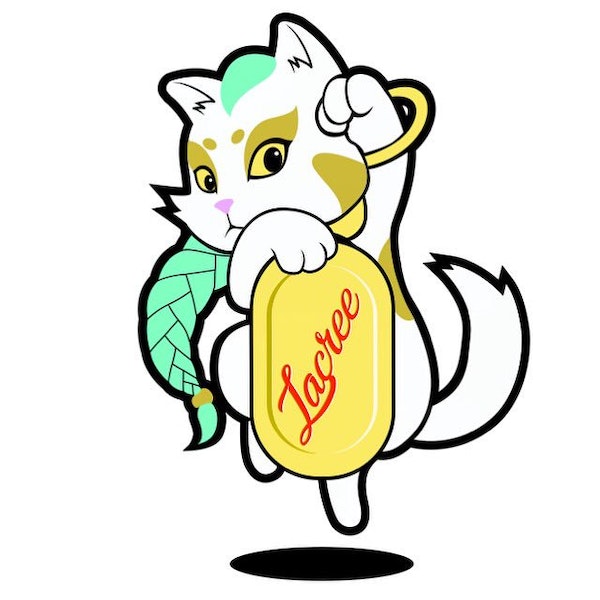 What exactly is the Maneki-Neko?
The Maneiki-Neko is an Asian ting lol just kidding. I like what it stands for good fortune energy success finance etc. it’s part of a longterm brand I’m building for objectives I have down the road. it looks bright and happy.

Underground song of the day?

Describe your reaction when Yes Julz shouted out your song on Twitter.
I was on IG when a fan came into my DM and she was like omg congrats! I was like on what lol? She screenshot it and sent it to me then I went on twitter since I’m not up there as much btw follow me on every platform at @itsLACREE ha. I was like word?! I was hype slid in her DM immediated like thank you & we had a little convo I’m not able to say about what right now but yea S/O YJ.

What did you think about the first time that you heard yourself on the radio?
First time I heard myself on the radio I was given a heads up to be honest. Keja which is DJ Bee’s of 103 Jamz wife is like a mentor of mine. I was at a photoshoot and she was like AYE stop right now and make a DJ drop. I had to hold in that I knew it was coming. She whips me into shape lol. Then when I heard it I was like wow… thats me!!!!! Ha.

What’s your Virginian music experience been like? In terms of collaborating with people, recording music, and exploring creative routes.
The Virginia scene was VERY welcoming for me but I think it was because I was so different. I’ve heard other artists stories but I can’t compare. I just got love immediately but anyone who meets me could see why. I work my ass off and I’m nice and I reach out to people. Those small things go a long way. As far as collabs it’s tons of rappers so I mostly check out different producers. I want to collab with OPAL we been talking about that. Before I met her I heard her song when I was in Germany then met her and her style was like damn. As far as recording it’s a running joke that I’m a little crazy but I really care about my product. I don’t play around when it comes to my sound.

“Boom Bye” is sensual, seductive, and eerily soothing. What was the creative process behind it?

Boom Bye Dance came from a trip in Milwaukee. I was dating this Jamaican guy and we were up there for a game. We were in the car and Boom Bye Bye came on and he was like you know what this song means? Once he explained I was like ouch this is harsh lol. I’ll remake it to be happy. I went to the studio in Hampton with this producer Trey of Commonwealth and I created the baseline I wanted and we vibed to come with what came out!

What comparisons do you usually get when people try to describe you?
Vocally and style wise I’ve heard Erykah Badu (Lord I want to work with her) Sade Jhene Aiko (think it’s because we look alike) Norah Jones… I was recording in NYC one time and I walk out the booth and ASAP Ferg goes ahhh your’re like a young Tupac and I got embarrassed because alot of people were there. I was like nah bruh explain lol he was just saying to way I record… but I’m just starting and I don’t want to be like anybody but myself.

What will it take for Virginia to receive the national spotlight that many believes it deserves?
I think VA has national spotlight… If you don’t about the history of VA artists and present day then it’s YOU not US lol we good over here. Everybody worrying about proving to the rest of the world VA is good enough… hell nah… Do Missy & Pharrell have to tell you that they are the best of ALL TIME to do what they did? No… they just ARE.

Do you have any crazy Virginia Beach Week stories?
I don’t think I’ve been to a VA Beach weekend… I’ve partied in Vegas for years Paris Ibiza Spain etc. no shade but they act up out here I’m good on the large crowds out here. As a matter of fact after my Euro trip I came home and ran from a shooting by Rye Lounge on the strip after being OVERSEAS lmao… yea I’m straight.

What’s been your biggest moment so far?
My biggest moment so far was getting offered a recording contract last Monday… and that’s all I’m going to say about that. I’ve been doing music seriously for less than a year. So I’m grateful and willing to go even harder now more than ever.

Next summer, where do you believe your career will take you?
I believe next summer my track “Boom Bye Dance” will be even bigger because of the weather and momentum then I’ll be asked to go on a big tour. (Prayers up)

Who are your biggest influences?
My biggest influences are Jay Z and Luther Vandross. They are my favorite artists of all time. One represents business and the other musical class and talent. Both I aspire to.

What advice do you have for creatives looking to break out of their state?
My advice is don’t worry about making it out of any location.. focus on making bomb music. We all are going to be just fine so Play on Playaaaaahhhhhhh lol. MY PROJECT SEARCHING FOR NIRVANA DROPS NEXT MONTH BE ON THE LOOKOUT FOLLOW ME EVERYWHERE @itslacree