Kyle Dion’s latest will have you transfixed. 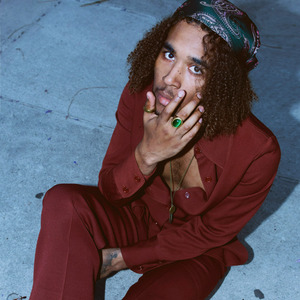 Originating in South Florida, now currently based out of Los Angeles, R&B songwriter & musician, Kyle Dion, is the soulful voice that your ear longs for without a doubt. With Painting Sounds being his last major project which was released back in 2016, we can consistently see that Kyle is in tune with his creations and the messages he communicates, I.E. the title aligning flawlessly with the musical sensation he creates and transfixes onto his listeners.

His sound is extremely broad in vocal range and ability with soprano tones being his strong suit throughout his music. With references to words like “I usually lose interest/I run from love as fast as I get it..” his lyrics happen to be exceedingly relatable, especially in the current climate of affairs when it comes to relationships and love interests, for example: social media causing an insane lack of trust among others due to the need of constantly having to appease. Some of us can also relate to being so jaded by past experiences that when something truly genuine does come along, we shift it away because it’s not what we’re used to. Another observation that has come to the forefront.

As the song carries on, Kyle sings about the importance of taking things at a steady pace, while simultaneously showcasing his vocal strength over a soothing beat adorned with mellow guitar chords. The R&B soul singer executes this track with an individualistic style, making him very infrequent in his form of expression.

Press play to stream the track below: