Kyle Banks breaks down his game plan in a new interview

The Los Angeles singer talks about opening for Phora’s ‘Love Is Hell’ Tour and working with Cozz. 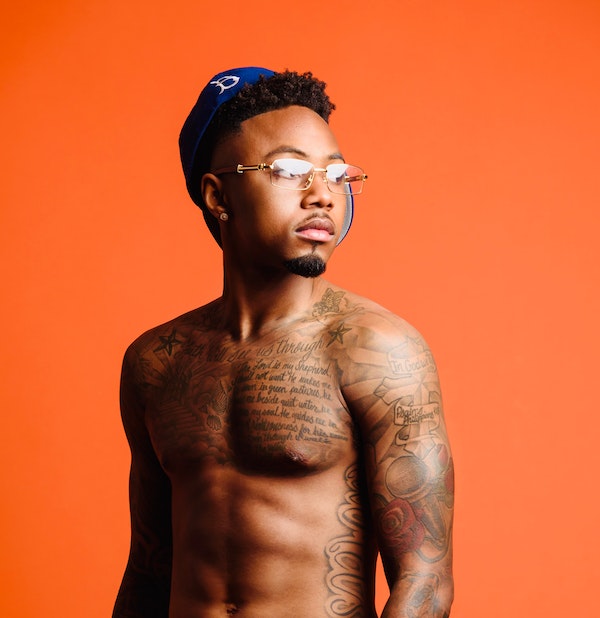 If there’s one thing for certain: the West Coast is definitely on the rise. From Aambjay and 1TakeJay to Roddy Ricch and Blueface; it’s that time. In the midst of rap stars gaining co-signs and deals, you have rising Los Angeles-native Kyle Banks. At first, a career in basketball was looking right for Kyle, but ultimately he made his debut with “Time Go” back in late-2018.

Kyle Banks is currently readying to release his debut EP, Vulnerable. The project will include guest features from the likes of Bas, Childish Major, and many more. In the meantime, KB has steadily unloaded looses like “Hit My Phone” and “In The Mood” to keep fans ready. Peep the interview below.

Tell us who is Kyle Banks? What do your upbringings consist of and why music?

Somebody who’s been through a lot of shit, somebody who had a lot of setbacks and disappointments. You know, a lot of failures, but kept going and prevailed. Somebody that never gave up and never will give up. I started off with basketball, but it didn’t work out. I ended up doing music on accident and after doing my first song, it went crazy. I began to love making them.

What was it like opening for Phora during his ‘Love Is Hell’ tour?

Before that was a humbling experience. That was my first time really performing around a lot of people. It was more like “damn, I can really do this shit.” Also seeing the reaction from the crowd was really amazing. I was like “I gotta go harder and sell out my own shows.”

What artists are you currently listening to?

I’m listening to Drake, a lot Chris Brown, and Brent Faiyaz. A lot of soulful singers, you know.

Tell me about how the collaboration for AzSwaye’s “Old Bird” come about?

The AzSwaye song was actually late at night. I heard Swaye verse on a song and I was like “who is this, that nigga hard.” And they told me it was AzSwaye so I was “yo, let me hop on that” and I did my hook. It ended up coming around really good and that song is hot.

When you write and record music about love or faulty relationships, is it towards particular women or in general?

When I write music or sing my songs, yeah, it’s about situations that I been through. It’s things that I’ve been through, seen, or felt really.

Right now, you’re releasing more music as compared to your first body of work. What is the move behind picking up the pace?

Well basically, we took time off to record meaningful songs. I didn’t want to rush anything. Now, we’re sitting on an EP that’s done. I can’t wait to drop Vulnerable. But now I’m trying to stay relevant so when I drop Vulnerable it’s not like I came out of nowhere. You know, I’ll still have eyes ready.

Your forthcoming project is on the way, are you working with anyone special?

I got Dreamville artists on it. I got a lot of signed artists, artists making noise. I got a song actually, that might come out before the project with Guapdad 4000. It’s a lot of people that I genuinely like and see myself working with again.

With you being under the same imprint as Cozz, do you ever pick up any advice or habits that help make you a better artist?

I learn from Cozz every day. Especially, he’s damn near coming up too as far as being on the road to being a superstar. I watch everything he does, how he handles the pressure. I watch how he interacts with the crowd and performs in the studio. He’s a great guy so it’s a humbling experience just to be around that. Not a lot of people can say that they’re around someone that’s on the rise. My nigga really on the rise and I’m right there behind him as far as just watching how he handles stuff.