Clay Perry III is behind some of the biggest hits to come out of Memphis in recent years. The 22-year old engineered Blocboy JB’s mega hit “Look Alive” and virtually every song since then. Clay is not only just an engineer of hits but crafts them as well under the pseudonym Krucial.

Clay Perry III is behind some of the biggest hits to come out of Memphis in recent years. The 22-year old engineered Blocboy JB’s mega-hit “Look Alive” and virtually every song since then. Clay is not only just an engineer of hits but crafts them as well under the pseudonym Krucial. Clay has dropped a slew of tapes and has made a name for himself as an artist as well most recently dropping his latest project Krucifix in December. Clay’s music is bubbling pot of anxiety, loss, hurt and self-reflection boiling over into a stew of optimism. His warm, harmonious tones bring a breezy coolness to his oft-melancholy music. Though he tackles tough personal topics there’s an unflappable coolness exuding from him even when he’s crooning “I lost my brother to dope, never made the honor roll/ trapping hard til it’s closed, 30 rounds on the stove” it sounds effortless. I had a chance to chop it up with the prodigious talent about his rapid ascent and his hometown Memphis, TN. 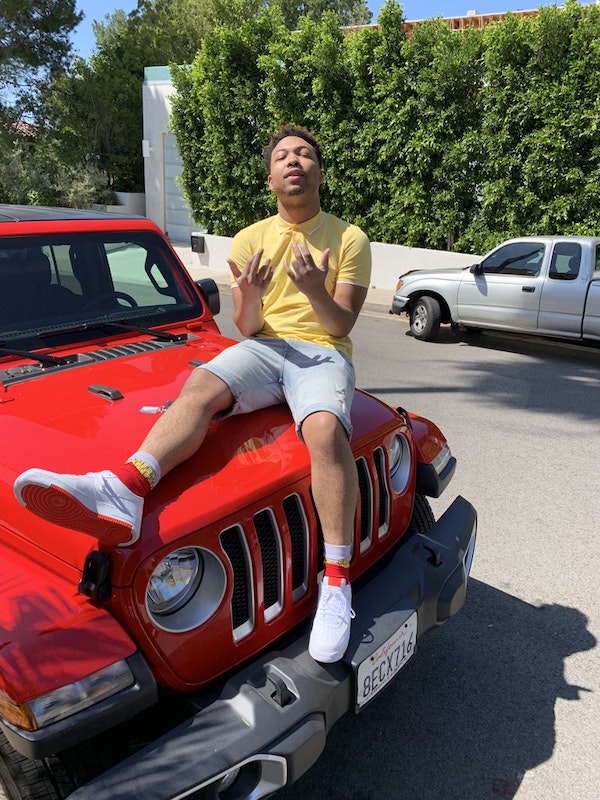 You handle all of Blocboy’s mixing, how did that come about? Who else have you worked with that you can tell us about?

I’m really everybody’s engineer (laughs), I don’t want to name drop when it comes to the city because people get mad when you leave them out even if it’s unintentional. But I’ve done work for Bhad Babie, Rico Nasty, Chantel Jeffries, Yo Gotti, Yella Beezy, Quando Rondo, NBA YoungBoy, Drake.

You’re also an incredible musician as well, how do you balance out working on your own projects and working on someone else’s?

I love working, that’s my biggest pro & con. It’s like I miss out on real-life situations like I go months without seeing my family and I’ll be in Memphis. I’ll lock myself in the studio, not shower, not comb my hair, brush my teeth. I turn into a real studio zombie. But, it gets the job done you know? Or if there’s ever a time where I’m with someone and it’s their studio time, & I’m really supposed to be there to engineer and they fall asleep for even the slightest of a second. I’m going to use their studio time, it’s being paid for; somebody better do something with it.

Though you’ve been working together for some time you just did your first collab with Bloc “Drop Out” on Krucifix what lead you to finally get together on a track?

That’s my brother, I’m with him almost all of the time so he supports my craft as if it was his own & I’m grateful for that, not even just because of where he is in his career but, more-so me being able to acknowledge that there’s someone real around me. I think that’s the most important aspect in this field that we have so expeditiously found ourselves in. Just being genuine, although on the contrary ingenuity is rewarded, it won’t last long before people see right through you. Trust me.

I actually freestyle, not like all the way through of course (laughs) but I write in my head, I’ll start with a line and from that one line, I’ll turn it into a song. It’s kinda like that old stuff we did in English class as kids, you know like putting the words on the brackets, and drawing those weird ole lines. I go about the way I make my music like that; from an imaginary standpoint, although I never knew why we had to do that crap; I guess it put a boost on my creativity in the future.

When did you get into the engineering game? How?

On the contrary, I never wanted to be an engineer & I definitely never saw it going this far. I really just wanted to make myself sound better…excuse the young Clay’s selfishness, but with all due respect to any engineer in the city of Memphis. I did not like how anyone was making me sound. I think it was like 2016, I went from studio to studio thinking that the price mattered like maybe if I pay these guys a little bit more they’ll do a better job but I learned that you’ll always get more from the people who do it for less because they’re trying to compensate for something they lack & even with that, it may have kept me satisfied in terms to quality but I knew there was more that could be done. I have single-handedly, in a sense, regardless to if anyone wants to admit it.. changed the way our music sounds, I cared more.. it wasn’t just about the money with me and I WAS BROKE-BROKE. I’m talking sleeping in my car, don’t know when you’re gonna get your next meal broke.

Do you think this meteoric rise to platinum engineer changed how people view you in your city?

Definitely, man, I came into this SUPPORT-LESS. I graduated High School in 2014,   I had already been doing my thing but I was super trash cans back then (laughs), you could tell I had potential from the way I sounded but it wasn’t all the way there yet. I had to figure out how to make what I was doing cool.  The narrative went from “this dude is weird” to “okay this is weird, but it’s clay though” so I don’t know how to feel about it sometimes, I’m just happy to be here. 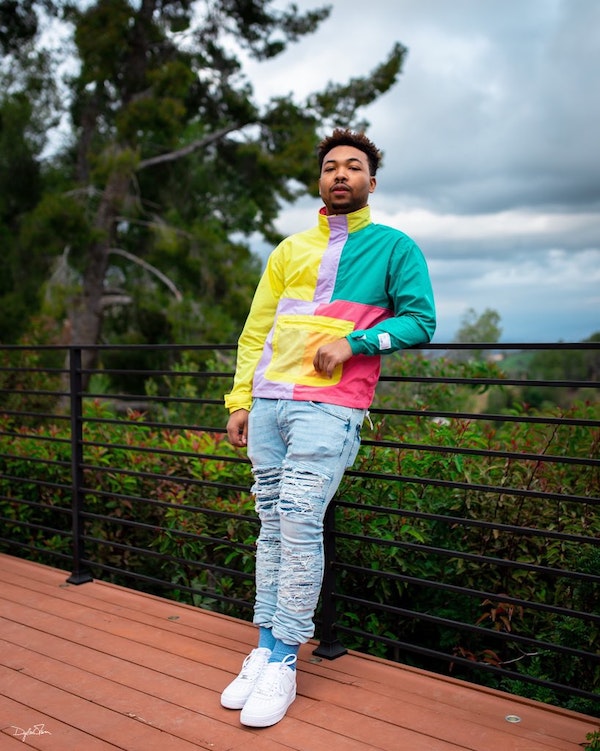 Who are your inspirations musically?

My biggest musical inspiration has and will always be Marvin Gaye, I’m a huge fan of Prince too though. I listen to some pretty crazy stuff, Prince is up there with Marvin. I listen to like freaking Passion Pit, James Blake. I’m actually a really big 2 Chainz fan (laughs), Big KRIT, YoungBoy is super hard! Old Vic Mensa like when he first came out, Kodak Black & Lil Durk.

What are some of the hardships in being both behind the mic and behind the boards?

I think the biggest one is not being acknowledged, at first it didn’t really bother me. You know? I recorded “Look Alive”, like the biggest record to come out of Memphis in arguably the last decade. Give or take; That within itself is a mind-boggling experience, but I know in my heart and in my mind that I’m one of the best artists in this city and sometimes it’s outshined by the engineering. It’s kinda like Kanye, like I remember watching an interview when he was explaining how nobody wanted to hear him rap, they would be like “yeah this is cool bro but where are the beats”.. I feel like people do the same thing with me and engineering and it sucks sometimes, like knowing you’re great but you’re the only one who knows it. It’ll turn you into a humble individual but deep down, you feel darkness…pain, it hurts man. I mean that!

Being a platinum engineer could inflate anyone’s ego but Clay’s humility won’t let him sing his own praises. In a world where so many overtly champion their own ulterior motives Clay would rather show than tell. Clay already is already in the game’s ear. Now it’s just time to snatch it.