Krimelife Cass speaks about his current legal situation, the success of ABG Neal, and remaining focused while behind bars

We mailed Krimelife Cass interview questions and he was kind enough to update us on his situation in an exclusive interview. 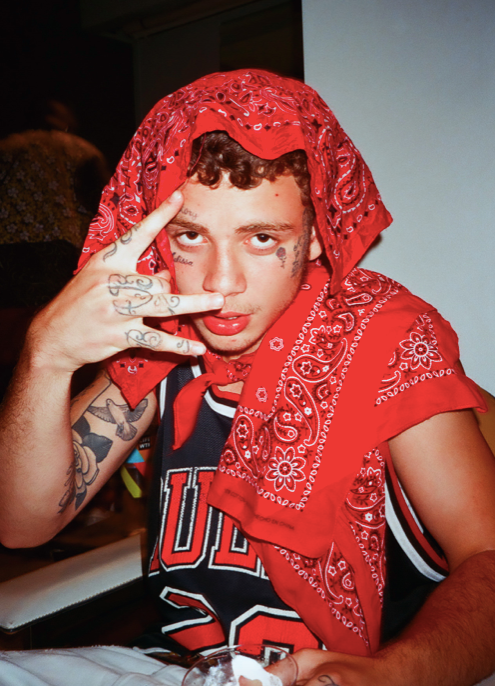 For a period in the past five years New York’s rap scene was seated in an odd place. The likes of
Joey Bada$$ and Pro Era, A$AP Mob, and the Flatbush Zombies were dominating the city’s
underground scene and this time of tremendous growth, innovation, and repurposing of styles
resulted in the greater hip-hop culture turning their eyes to the city to witness the rapid ascension
of talent in the Big Apple, but around 2015 when these cliques were thrust into the national
spotlight and were no longer regarded as the cornerstones of the underground New York began to
take a notable downturn in both influence and notoriety. And this is not to suggest that there were
not hits during this lull as stars like Sheck Wes, A Boogie wit da Hoodie, and even Takashi 6ix
9ine were at the forefront of the scene, but underneath this more shallow and mainstream turn the
city took a buzzing and exciting new scene was emerging and it embodied the bravado and
menace that Chicago’s scene had shown years earlier enough to earn the title of “drill.”

Arguably one of the first artists to really begin to gain traction online with this bellicose and in-your-face style was Krimelife Cass whose viral video for “Forrest Gump” alongside ABG Neal
rocketed Brooklyn back into the forefront of scenes begin to trend towards the direction of
national recognition. This overnight upturn was caused by Cass’ undeniable charisma, as well as
the hilariously menacing verses and goofy dance styles provided by the aforementioned Neal,
ended up birthing an era of Brooklyn artists, as well as New York MCs as a whole, to be roped
into more and more mainstream rap conversations, much due to Pop Smoke’s smash-hit single
“Welcome to the Party,” becoming a mainstay on any party playlist and a quick favorite of the
streets and industry alike.

Now ABG Neal, Pop Smoke, Sheff G, 22gz, and a host of others are leading Brooklyn into 2020
with a new sound and distinct attitude that is distinctly New York, but Krimelife Cass who was
one of the unquestioned main figures that was key to this style becoming so popular is sitting in a
jail cell, unable to reap the benefits made available to many, much in part to his own musical
contributions.

I am in no way attempting to label Cass as the architect or first person to run with the drill sound,
but he is without a doubt a major catalyst in popularizing the movement at the very least. He has
an unmistakable confidence in his delivery and he often slobbers through his punchlines due to
the aggressive fervor in which he attacks the beat. He shared similar production as his Brooklyn
contemporaries and nonetheless managed to have a distinct flow that consisted of him
frenetically annunciating every syllable he rapped. The streets embraced him and for a time he
seemed as if he would without a doubt share the spotlight with the likes of Pop Smoke and Sheff
G entered the mainstream spotlight but unfortunately legal troubles derailed this and now Cass is
forced to watch from the sidelines as a scene that he helped propel into the limelight.

However Cass is not bitter in the slightest. He is happy to hear about the massive successes of his
peers and Sheff G is even slated to appear on the “Forrest Gump” remix alongside ABG Neal and
Sleepy Hollows. I had the distinct pleasure to conduct an interview with Krimelife Cass only a
few weeks ago, but this was in no way your typical rap interview. Rather than calling him I opted
for a more intensive, yet more personal way to ask one of my favorite artists some questions
about his current mental state, legal situation, and opinions on the massive success of Brooklyn
Drill and he was kind enough to write me back. 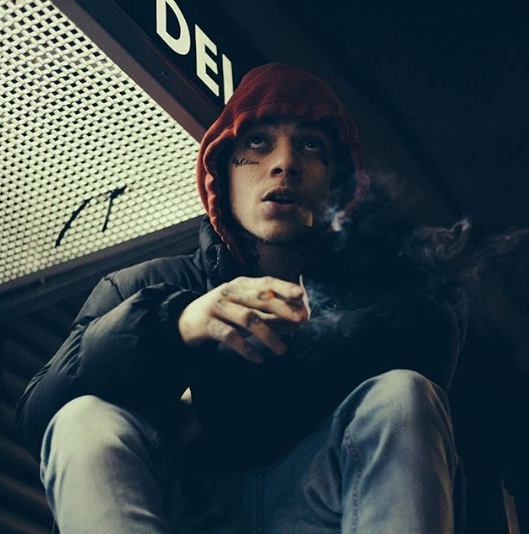 Check out our interview with Krimelife Cass below.

So how long have you been locked up for now?

I’ve been locked up since March so it’s been about eight months or so.

How are you holding up?

I’ve been holding up pretty good, I try to maintain a positive outlook and try to remained focused
and remind myself of everything I have going when I make it back home finally. Gotta keep my
eye on the prize type shit.

Do you plan on releasing any music while inside, or are you going to wait to drop new
material after you are released?

I’ve released a couple of different pieces of music and visuals since I been locked up and plan on
keeping this up throughout my whole bid. So far I’ve dropped two videos (“OMW2COURT” &
“Paranoid,”) and just finished up finalizing the remix for “Forrest Gump” – the video will drop
soon. Krimelife Cass has since dropped this remix and you can watch it below.

Has it been tough to go this long without recording?

It’s been hard being not being in the studio this long. I miss it like crazy too nowadays, so I lost
some of the ability to write lyrics, but recently I’ve written a few verses just fuckin’ around type
shit.

How has this time in prison affected your out look on more frivolous things like the rap
game politics or social media?

Being in prison makes you forget almost about all materialistic shit. The way the world works
outside. It’s all about the basics in prison – natural instincts and using natural resources to adapt
to your environment.

You have to be pretty proud of ABG Neal and his continued success he has been having.
How are you feeling about all he has been able to accomplish in the past several months?

I’m so fucking proud of my brother ABG man. He’s really about to take off and start taking this
shit more serious. I remember all the time he used to say “fuck this shit” and talk about how he
was losing interest practically every other week. I always new he was talent and had a special
ability to make fire music and also really entertain people genuinely. I always knew we was
gonna make it so sometimes I had to have enough faith for the both of us. But look at him now,
he’s a star. 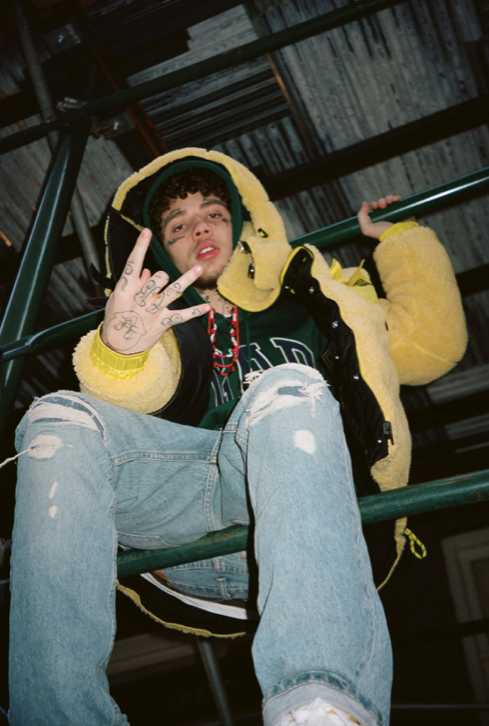 What do you want to say to all of your friends, family, and fans?

To any fans and friends I want to say that I appreciate you all and love you. Without you I
wouldn’t be who I am and I wouldn’t have all the help and support I have right now and in my
current circumstances I am still blessed. KLB4L. Don’t ever forget that. Period. This shit for life.

What is the time table looking like for your release?
I am expected to be released in 2022 between February and August.

Has your outlook on life changed since you’ve been away and if it is what are you looking at
differently now?

My outlook has changed a lot since being down. I could have and should have valued and
appreciated my freedom more. Its the simple things we take for ranted like privacy, choosing
what you want to eat and when, going outside whenever you want, or even just being laid up
with a bad bitch. When you think about it its like “How the fuck did I give all that up without
even thinking twice?” What the fuck was I thinking. I miss Spanish bitches and the liquor store.
This jail shit is dirt, there’s no Netflix in here. 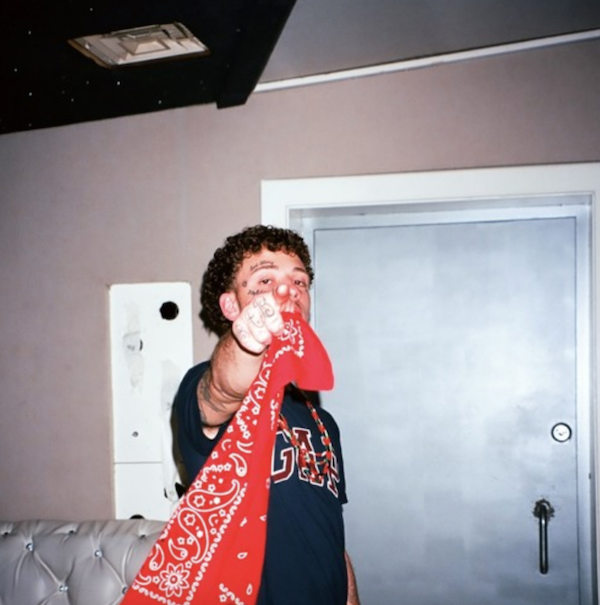