Kodie’s future is brighter than the grillz on her teeth. 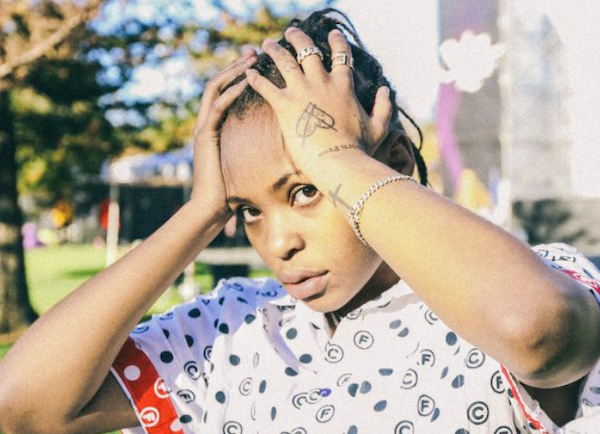 Kodie Shane is the care-free star that might just be your new favorite artist.

Atlanta has long been home to hip-hop royalty. While many of city’s newcomers have taken on the trap sound of the times, Kodie Shane has consistently released infectious hits with her signature bravado and style.

The Sailing Team affiliate is ready for her close up in 2018. In the short time since our conversation, Kodie has released a slew of new singles and was featured in Teen Vogue‘s 21 under 21 list.

Rolling Loud in Miami last year, there were no females on the lineup

Yeah I know, I was there. I was with Uzi, but I didn’t perform.

So how important is it for you to stand out and be one of those voices that gets on this lineup and gets heard?

It’s really crazy. It’s my first Rolling Loud, so it’s pretty dope. I always wanted to go, like the year before last. I was like damn bruh, Rolling Loud is so fire. So to be here and see the progression of the festival and myself is crazy.

I look at that line up every year like ‘damn.’

I’m really excited this year things are changing, you know? And it’s really dope to see the progression, because like I said, I was just with Uzi at Rolling Loud in Miami this winter.

I feel it. For those who may not know, you got a really musical family, let’s talk about that and maybe tell me how that’s helped you?

My dad grew up in music. My sister as well, my sister was in a group called BLAQUE. Left eye kind of found them and, you know, loved them so much they did whatever she could.  So they went on a little tour, they were one of the top groups of their year. BLAQUE, B-L-A-Q-U-E. And yeah it was really dope, the fam toured with TLC while I was a baby. I went on tour, I went on that tour with my sister.

Do you have any memories or flashbacks?

Not too many, but I do got mad pictures and stuff, know what I’m saying? Sitting on my dad’s lap and shit.

How have they helped you out, have they ever given you good advice?

You know, rest in peace to Left Eye. My sister has always inspired me. Mainly by music because she was doing everything I’m doing now, accept greater. They sold a million records.

What’s the best advice your family has given you?

My dad just always taught me to be humble and sweet, you know? And just work hard.

Elephant in the room, tell me about how you first linked up with Yatchy and how that first got started.

(Laughs) Nah, that’s my boy. Not even an elephant.  I think of Coach. I know Coach prior to when I met Yatchy.

Oh so you guys just linked up?

Yeah, I saw Coach at Yatchy’s show and he was like I got to introduce you to Yatchy. Then me and Yatchy ended up going to the studio later. He just had a real energy, we really clicked. Not like just the work relationship, like ‘oh that’s my boy.’ And we hung around a lot of the same people. I’d see him around but I never really knew him, know what I’m saying. It was like my clique and his clique was next to each other. 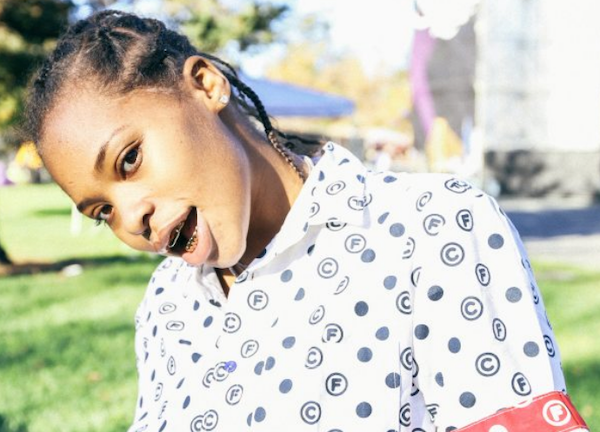 So Coach kind of saw that energy in both of y’all?

my producer Maddie P and Coach they knew each other as well and was like we definitely got to link them up. Sio they linked us up and me and Yatchy just took it from there.

And now you guys are just the best of friends and shit.

Are you going to do some more features in 2018?

(Laughs) I got a lot of stuff coming. See my thing was never really doing a whole lot of features, because I’m not the guy, the girl, the person in general, that’s going to be all up under somebody, just because they are who they to get a feature.

Not even that. Like “Oh what’s up bro, what’s up. I’m thirsty and I’ll stand with you for two days till I finally get to get on one of your songs, I’ma keep bothering you.” I’m not that type of person, I like it to be all…

I feel it. That song made me do a double take, like ‘oh shit, this is smooth as hell.’

(Laughs) I definitely got more features on the way though. I’m going crazy. Me and Yatchy got a lot of crazy going. Me and Yachty got more crazy stuff, believe that.

Has Yatchy ever given you advice? or is he just somebody you call if you need anything?

He’s my boy. I got to know…First of all. Family is family. When it’s friendships, you got to stick with it. Yachty told me that. Because this is when it gets real. This is when you are loosing friends, this is when you don’t know who to trust. And always just be on your square. Always, always hold on.

Checking corners and shit, I feel it.

I know there is a prankster on this alien team, who is it? Do you have a funny one? A funny story maybe?

Let me think. I don’t know. I know me and Perry, every time we have seen each other, we fought for like a week straight. Every time we see each other. they pick me up and dump me over from my ankles.

Probably Perry, but they are all pranksters. They all just want to jonn all day, Perry is just annoying.  Perry or Michael.

Alright so we are coming up on the end of the year, and you know how it is. We are getting to the holidays, things are winding down. What is some shit we should leave in 2017? Some fuck shit that people be on that annoys you.

I’ve seen a lot of fake yeezy’s out here.

Yeah, we need all that to evaporate. 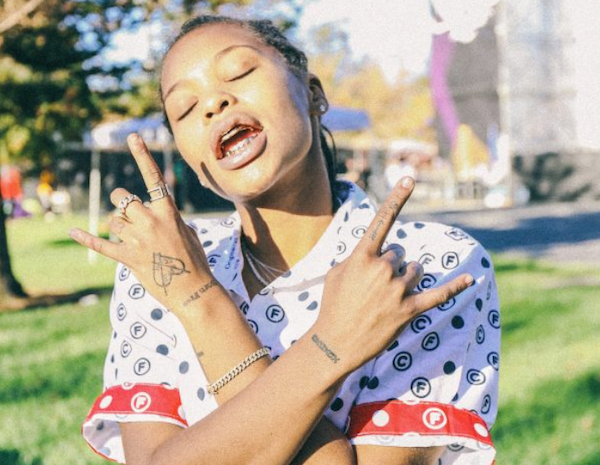 When are you at your most creative, are you a night owl, are you an early person?

I just kind of like it when it’s just me and my producers and my boy Saucy. That’s like my best friend.

Who was that producer I met over there?

Yeah, Maddie P. That’s Maddie P. He been with me since I started. And yeah, I just like to have some candles lit. Know what I’m saying? It’s going crazy.

Getting in your vibes and shit?

Yeah exactly, maybe have some cartoons or a cool movie with no sound.

What movies are you fucking with?

That’s where I got my nickname.

I’m from Miami originally. And we live out in Denver now. So everyone out in Denver snowboards and all that crazy shit.  So the first time I was out, of course my friends are like “ yo we got to take you to the mountain and do this shit.” I had never skied a day in my fucking life.

I know! So they take me to this big ass mountain and I look like a fool in the back. And of course they are doing back-flips and shit. they look back and are like “we got a squid in the group.” Like the goofy mother fucker, the one who’s the goalie that can never do the cool shit but always with the gang. It was funny.

Yeah I love rocket Power. When I get my real bands up, I want to get a Rocket Power chain with one of the characters. I’ve always had that in my mind.

I mean. Yo, I wouldn’t be mad at a Squid shout out.

All Photos by Milo Lee