In case y’all didn’t know (and I’m sure you did), “indicud” is a strand of marijuana. So there’s that. Kid Cudi himself describes its magical effects as a “body high that takes you to a different mental space.” Kid Cudi’s fourth studio album, Indicud, is 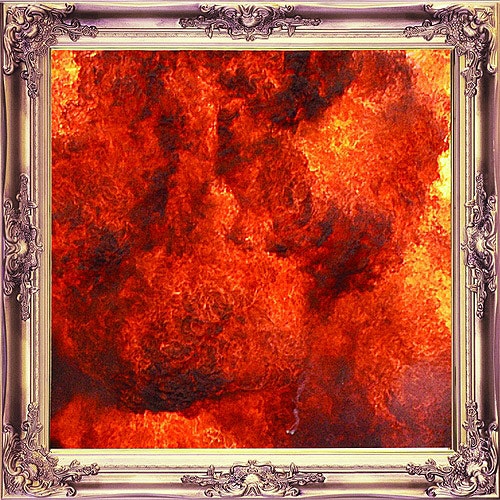 In case y’all didn’t know (and I’m sure you did), “indicud” is a strand of marijuana. So there’s that. Kid Cudi himself describes its magical effects as a “body high that takes you to a different mental space.”

Kid Cudi’s fourth studio album, Indicud, is just that. It is the body high of his career – an uptempo movement that takes to you an alternative mental space.  With 18 tracks that have strayed away from his chill, thought provoking, smoke out music that were heard on the first two records, Cudder delivers a new energy that we haven’t ever heard on any of his previous albums. But enough about the old Cudder, let’s get into this new Scott sound.

The opening track of Indicud, ” The Resurrection of Scott Mescudi”, essentially sets the tone for the sound you can anticipate throughout the record – creepy backing tracks, warped sounds, drums/drums/drums, heavy 808’s, and more synthesizers than an 80’s cover band.

After making it passed the first few tracks (the required Cudi anthem “Just What I Am” featuring the required King Chip), we arrive at “Young Lady” featuring Father John Misty (this song samples Father John Misty’s song, “Hollywood Forever Cemetery Sings”).  For me, this track was a glimpse inside Cudi’s iTunes library – which for surely is 90% indie-rock. He took this track and all his favorite genres, combined it with some dope lyrics, and this is the result – an incredible sound and song about his adoration for a young lady. But seriously, how long is Cudi going to try to get Chip’s career to pop? Anyways…

Now, there is an invaluable piece of information I learned on Drake’s Take Care album – never thought I’d EVER get the opportunity to say that.  But that one thing is: Don’t put Kendrick Lamar on your song and let him outshine you on your own damn album.  Exhibit A: “Solo Dolo, Pt. II”… thank me later. OH, did it again. K. Dot over here spitting some dope ass introspective shit and Cudi just delivering some stoner drawl… take two.

Moving along. If I was presented with the opportunity to choose Cudi’s first single off Indicud, it would have been “Girls” featuring Mr. Biyotch! Too-$hort. I love it, mmm. Heavy on the synth, bass, and a hook that will inevitably get stuck in your head for days. Make this your summer anthem and bump it louder than your weed.  RAGE!

Speaking of rage, the first time I heard “New York City Rage Fest” I felt the strong urge to strip down into nothing but gold booty shorts and a fresh pair of J’s, then proceed to skip down the middle of Lake Shore Drive sipping on a bottle of Jameson.  I mean, you felt it too, right? Anyways, it’s 1 minute and 53 seconds of pure musical bliss – let it soak in.

Last but certainly not looked over… RZA, ya’ll! Wu-Tang is lurking on this track. “Beez” is easily the toughest track on Indicud and the most well orchestrated. Ironically, Cudi is only on the hook though. 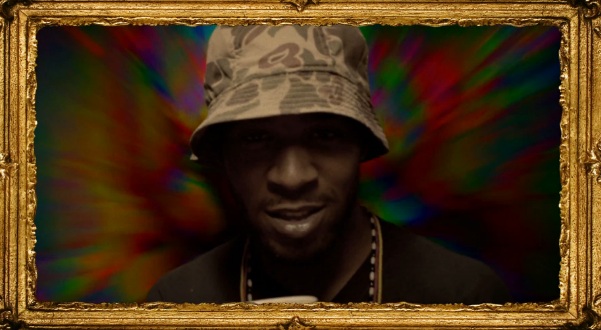 Other key tracks include:

“Brothers” featuring King Chip & A$AP Rocky – The production is right. Cudi’s flow is fluid. King Chip is on it [again]. A$VP shows up and drops that PMF style on us.

“Red Eye” featuring Haim – It’s just one of those songs that makes you smile and your skin starts to tingle. Well done Cudder.

“Cold Blooded” – A standout track for me simply because of the hook – having my Mexican ass walking around singing, “I’m just a cold blooded niggaaaa!”

All in all, although his sound is progressive, the lyrical content is unchanged and seemily transcends from project to project. The WZRD touches on girl (baby mama) drama, drug dependency, depression issues, and the struggle to achieve happiness and a healthy balance. Of course, that’s how he has acquired such a loyal fan base, because these are real people problems. But I was silently hoping that Scott would mature as a lyricist as much as he has a producer. There’s always next time. RAGE!