Kevin Pollari is a unique emerging artist out of Atlanta’s huge pallet of music, who just recently dropped a EP with Dexter Dukarus titled “Lucy EP“. We’re stoked he gave Elevator’s own Lil Backwood an exclusive interview regarding the drop and what hes got going on. Check it out! 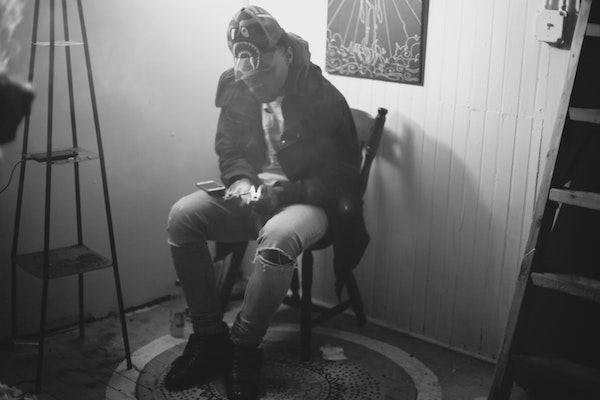 Kevin Pollari is a unique emerging artist out of Atlanta’s huge pallet of music, who just recently dropped a EP with Dexter Dukarus titled “Lucy EP“. We’re stoked he gave Elevator’s own Lil Backwood an exclusive interview regarding the drop and what hes got going on. Check it out below!

Q: Who is Kevin Pollari?

Q: Who are some of your influences music wise?

A: Michael Jackson & Young thug, that’s it. Q: What was your mindset like when you where making Lucy?

A:  To be honest I was actually angry at a lot of stuff when I made that project but life was great. I started seeing the true sides of a lot of people, and it was actually positive. Come to find out I have lots of real fans and supporters and it’s just a beautiful thing. I also just deal with a lot of lame shit and people at times and it kind of drives me crazy. I might actually be crazy, but I’m not gone take none of the tests cus I don’t wanna know lol. But life was beautiful, it was a transition stage. I learned who was really for me and against me and the difference between genuine friends and genuine opportunists.

Q: Live and learn, the tape was mad wavy, you complimented dex very well, how did you guys meet and how did it come to fruition?

A: I was homeless when I met Dex. I went to love with my nigga Greg from Awful records on his floor and dex used to come over and play his shit out loud all the time. 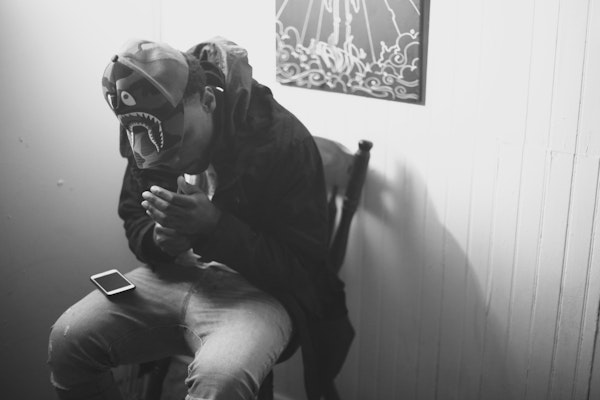 Q: What are you trying to accomplish as a musician?

A: I just want to bring love back into music. I know that shit sounds gay and stupid and shit but it’s real. Niggas don’t love music anymore. They just listen and decipher through whatever is hot and whoever is out and then move on to the next THATS thrown at them. My parents generation created classics that still get listens and love daily today. I just want to bring back the artistry side of it all, it’s def some good shit out here. But these niggas not leaving an impact, these niggas don’t want to evoke feeling and better people’s daily experiences through sound. That’s why I’m here.

Q: Seems like that’s happening all over the place with artists just coming and going, just making music because that’s what they think they have to do to fit in, do you think the Internet is to blame?

A: That’s exactly the blame, the Internet, where everyone is trying to for in but stand out at the same time. Can’t deal.

Q: Tell me about the scene in Atlanta and how it works socially and business wise?

A:  It’s trash, I just have to say that. Atlanta is the center of the world and no one here is smart enough to just stop the madness and nurture that shit. The whole world from already established and huge rappers like drake to fucking politicians and shit want to be from atlanta. Our beats, our slang, our haircuts, our way of dress, how we talk, how we act, what we wear. The whole world is stealing our sauce, and it’s okay, we just need to know it. Everyone here is fake & clicky, which leads to lots of drama and blah blah blah. I try not to involve myself with the politics. Where im from its about talent, not who you hang with or who cosigned you via social media lol.

Q: Speaking on Atlanta are you affiliated with anyone locally, do you claim anything?

A: I don’t claim shit, because I don’t know shit.

Q: What should we be expecting from kevin Pollari in the future? Next project?

A: I have a few projects in the works, the next, is pretty big. I can’t say too much right now, but to all the bitches reading this, fuck me now or forever hold your peace.

Q: Do you have any dream collabs?

A: I did, but about a month ago it actually happened. I cried, it was awkward but he thought it was funny. I just really had to be in the right place at the right time, and he noticed my talent. I was blessed on that one, hopefully it comes out soon, or ever, but we’ll see what happens. I won’t drop the name, cus you wouldn’t believe me or want to believe me either way, but hey, I’m good.

Q: From your previous answer I can only assume it’s thugger? 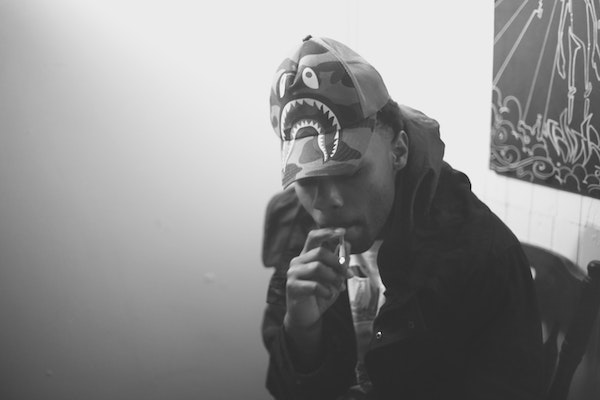 Q: See you have a good knowledge over  fashion, do you have a favorite designer or brand?

A: Yeah, I used to run a small design studio called Kroseii but the music kindve took over all that for now. My favorite designer though, is this guy from London, named Alan Taylor. You’ll hear about him in about 2 years.

Q: I actually remember seeing the flannels, do you ever plan on releasing anything else?

A: I have a full collection on stand by if I ever feel the need, but that’ll be post music.