Watch the comedian buy pineapples, get touched with “dick hands,” and feel the wrath of a woman. 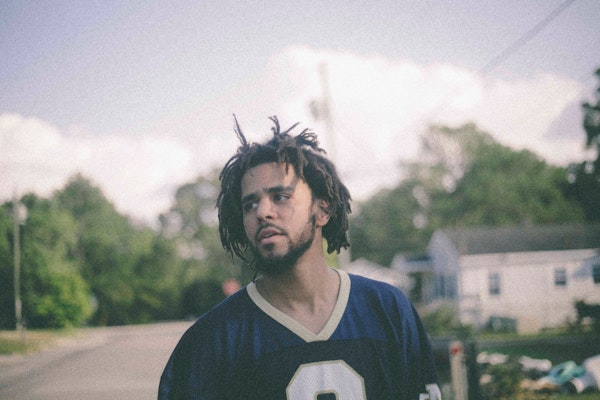 Carolina’s finest, J. Cole, taps on Kevin Hart to star in his new visual for “Kevin’s Heart.” The seventh track on “KOD” is the latest record to get a video treatment following the eccentric and psychedelic video for “ATM.” The J. Cole & Scott Lazer directed project follows Kevin around as he runs errands while simultaneously being scrutinized during the height of his cheating scandal.

At the end of 2017, Kevin admitted to cheating on his newlywed Eniko Parrish, who was with child at the time. In the record, Cole recollects tales of infidelity and temptation as he battles addiction with both drugs and women.

To stay true to the title, the Kids on Drugs will mostly associate themselves with fantasies of substance filled excursions willed with a facade of passion and intimacy. Cole wants to Kill Our Demons of lust and our faults as humans that lead us to go against our better judgment. The Kings Overdose will stem from an infatuation and addiction with the excess of status, finances, substances, and women.

Cole and Lazer have collaborated since the visuals for “Apparently” off of Cole’s 2014 classic 2014 Forest Hills Drive. This includes every visual including both documentaries that announced the past two Cole albums, the HBO series surrounding the touring of FHD (and the homecoming show in Coles hometown of Fayetteville, NC), and the direction for other Dreamville artists Bas and Cozz.

See Kevin’s acting chops in the visual below: