Kevin Gates Makes Statement On Kicking Incident With ‘The Truth’ 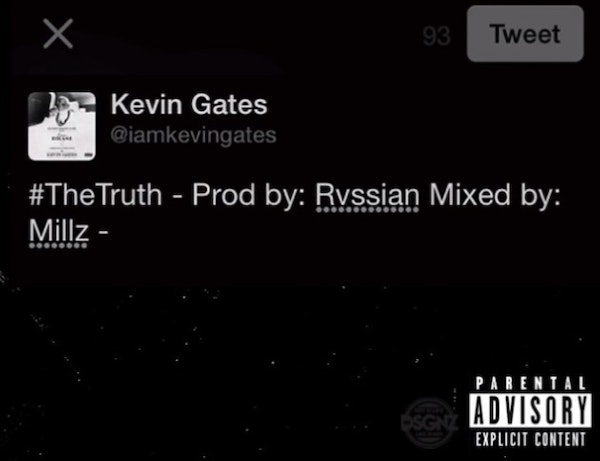 You can say whatever you want about Kevin Gates, he probably even deserves it. But you can’t say he’s not one of the realest, hardest rappers in the game. He kicked a female fan in the front row of a recent Florida show. The video that was spread like wildfire across the internet showed the fan grab his shorts before the New Orleans native wound up and gave her a swift body shot with his sneaker. It was ugly for sure, and something you never want to see happen between an artist and a fan that came out to see them perform.

Kevin Gates has now responded via a new song called “The Truth” on his YouTube. The song is emotional and honest, as Gates goes back and forth between showing remorse and trying to explain the full story to people that were unaware. He says in the song,

Man in the mirror you way out of order
Go to jail who gonna look out for your daughter
All on the news bout what happened in Florida
Posted on Worldstar a iPhone recorded
She grabbed my dick overreacted, I’m sorry
Two or three times I had already warned her
Edit that part out, I don’t like to argue
My children go with me to every performance

Wrong, you should have respect for yourself
You a queen and you wasn’t respecting yourself
Ever been disrespected, you know how it felt
You don’t have to like me go love someone else

Father forgive me I fucked up a blessing
When ever I fall you the only one to catch me
Let’s change the subject; I gave a confession
You put me back in it I bet I go extra