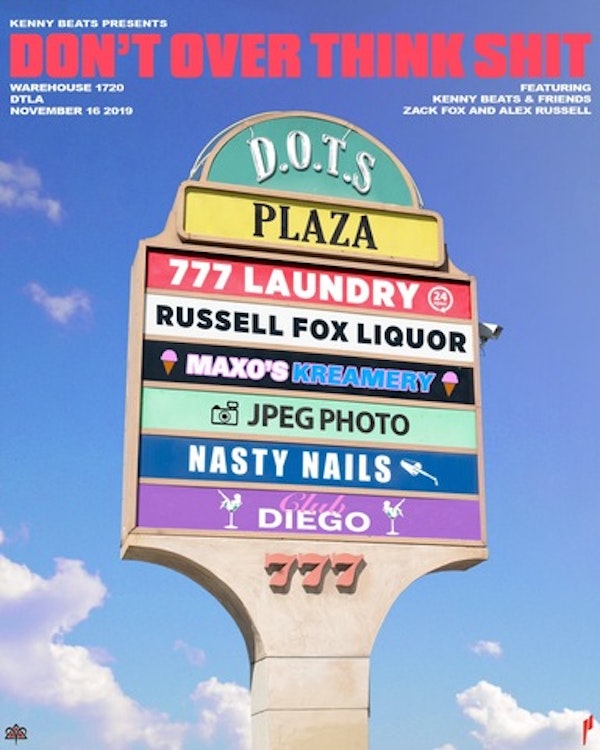 Kenny Beats announced to the world via his Instagram that he will be putting on his Don’t Over Think Shit event once again. The event is set to return to Los Angeles for a second time later this fall. Kenny plans to corral his homies and bring along a slew of guests including comedian/rapper Zach Fox, Alex Russell, frequent collaborator and fan favorite KEY!, Maxo Kream, JPEGMAFIA, Rico Nasty and much more. The 2nd annual Don’t Over Think Shit event will take place on November 16th at the Warehouse 1720 in Downtown Los Angeles. Peep the official flyer below. Tickets go on sale this Friday at 10 am.

11/16 IN LOS ANGELES. BRINGING ALL OF MY FRIENDS AGAIN. TICKETS ONSALE FRIDAY 10AM!