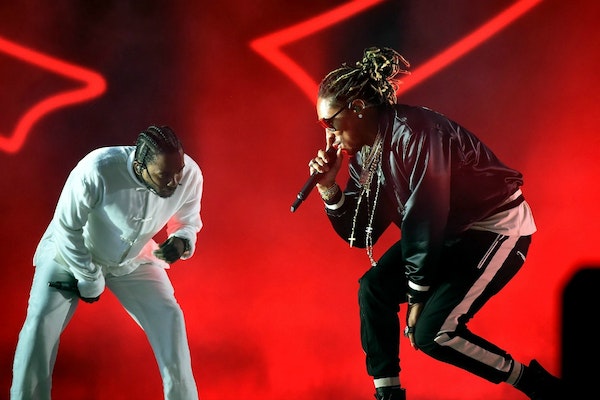 Kendrick Lamar recently sat down for a cover story interview with Rolling Stone magazine. The in-depth conversation covered a range of topics spanning from Lamar’s thoughts on Donald Trump to his recent trip to Africa.

While discussing K Dot’s beat selection process, reporter Brian Hiatt poses an alternative to the rapper’s intricate procedure by suggesting that Future doesn’t take time while selecting beats but rather “raps over the beats he gets.”

With the two rappers recently connecting for the “Mask Off” remix, it’s interesting to hear the Compton native’s thoughts on Future’s rapid creative process.

Lamar responded to the accusation by praising the Atlanta rapper’s work ethic, saying…

“He’s his own genius. I’ve watched him in the studio. The way he comes up with the melodies is [snaps fingers] like that, you know. You have to speak a certain type of language and also have a great study in music – the same way I have – for what he’s done. I’m sure he’s grown up off a ton of R&B. Watching him come up with the melodies, that’s a whole other ballgame, to understand them sonics.”