News
Jul 8, 2017
Kendall and Kylie Jenner are being sued by Tupac’s photographer

After they blatantly ripped photos of Tupac and Biggie to use as part of their shitty “vintage” clothing line, Kendall and Kylie Jenner are rightfully being sued by photographer Michael Miller, to whom the original photographs belong.

According to Miller’s statement, association with Kendall Jenner was “particularly problematic given that she was complicit in not one but two of the worst public relations disasters in recent memory.” Noting the Pepsi and Fyre Festival controversies at the center of his lawsuit, the photographer is smartly trying to avoid any and all association with the Kardashian affiliates.

Though Biggie’s estate has only threatened to sue if the shirts ever hit market, I wouldn’t be surprised if they take similar action in the coming weeks.

Stay tuned for updates on this developing story. 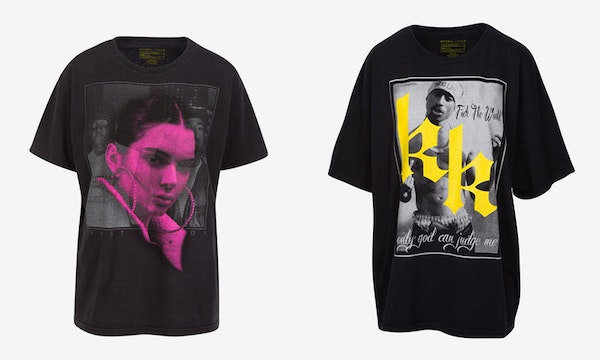