Earlier today, Kehlani returned from her musical hiatus with a new song and visual, “Nights Like This.” Accompanied by Ty Dolla $ign, the mom-to-be can be seen channeling her engineering side when she resurrects a dying robot before things take an eerie turn.

After announcing her pregnancy back in October, Kehlani hasn’t allowed this to fully interfere with her grind. She has since launched a Beats 1 show, Sunday Gems, which premiered last month and only airs on select Sundays. In a new interview with Zane Lowe, she also revealed that she is in the process of working on her next official album, called it “one of the most serious projects [she’s] ever worked on.” In the meantime, we should expect a mixtape from the Oakland singer in February. We’re looking forward to it.

Check out the interview here. 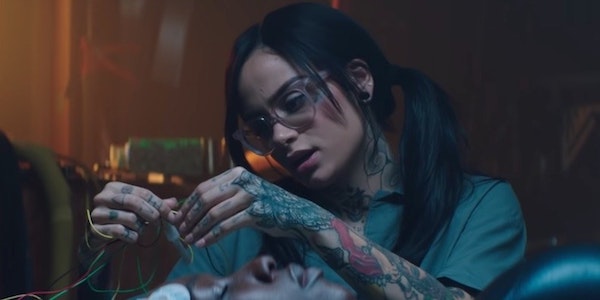