Keenon Rush is the intellectual heart of the Atlanta underground. 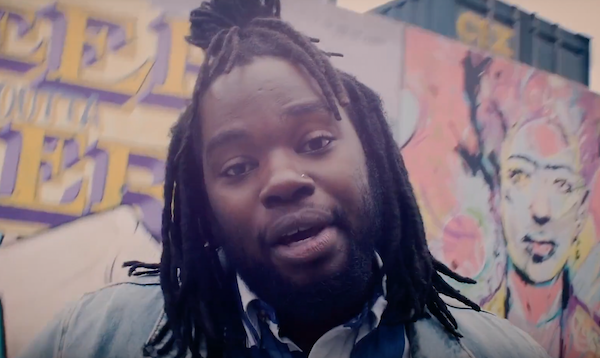 From the outside the Atlanta rap scene is fairly uniform, but the more I write and the more I dig into the city, I find more hidden gems doing unique art, completely independent from the city’s vibrant trap scene. While it may be independent, it is clearly highly influenced by this creation of the city’s massive number of strip clubs and bandos, and the flows and content feel similar in tone. It is hard not to be when a city is so polluted and saturated by so many of the same experiences with these largely homogenous surroundings.

Keenon Rush is at the forefront of the new, unique Atlanta movement, valuing his lyrics as much as his form. His debut 2017 project, Citizen Keen, was first debuted by Pigeons and Planes, and he is back yet again with his brand new Elevator premiere for his single, “Can’t You Tell.” Lyrically, his content is inspired by the same grime and strife that the rest of his city is motivated by, but his intellectual polish, marked by his Wake Forest education, makes for a very interesting product. His new visual is quite aesthetically pleasing, and his depiction as a ’70s anchorman is unique and entertaining.

I urge you to go check out Keenon’s debut video below.