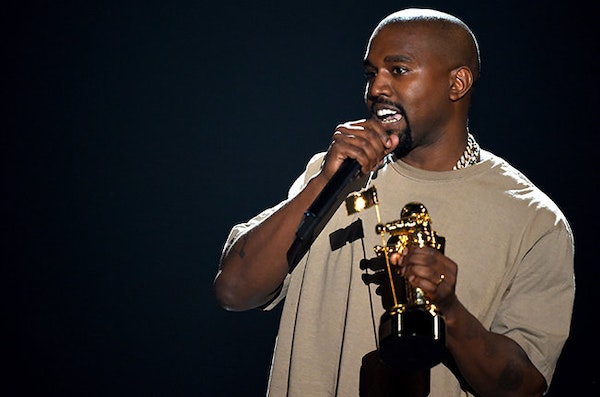 Kanye West received the Video Vanguard Award at the MTV VMAs last night, and his speech is a must-watch. First, he accepted the award from Taylor Swift, who he infamously interrupted at the VMAs a few years back (we see what you did there, MTV). Then he proceeded to explain why he probably would’ve acted differently had the situation arose today. The speech is a good one from West, focusing on the changing of the guards among creatives and brands, urging everyone to, “LISTEN TO THE KIDS!”

PPS – he also announced his candidacy for President in 2020. Might as well just let him move in now, that’ll be the biggest landslide vote ever.

Does he have your vote America? @kanyewest accepts the Video Vanguard award http://t.co/pyg3SBh8gq