Although Kanye has a lot on his plate these days, don’t expect the music to suffer. In his GQ cover story, Ye discusses his new single entitled, “All Day” which he’s aiming to release this fall. What does that mean 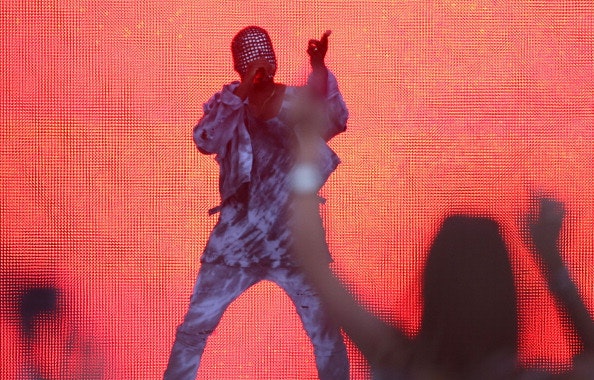 Although Kanye has a lot on his plate these days, don’t expect the music to suffer. In his GQ cover story, Ye discusses his new single entitled, “All Day” which he’s aiming to release this fall.

What does that mean in terms of putting the new record together? Do you want the pendulum to swing back and do something more pop, like Twisted Fantasy or Graduation?

I think just my usual pattern is like that. It’s like a pendulum. The pendulum gains momentum by swinging in the other direction. Even lyrically, I think about certain lines that I say on my new single, which is called “All Day,” that usually Jay would say, but Jay’s not on there. So I say, All day, nigga, it’s Ye, nigga. Shopping for the winter, it’s just May, nigga. Ball so hard, man, this shit cray, nigga. You ain’t getting money unless you got eight figures. Right? Jay would have said that. And then eventually I would have came in with, like, whatever I come in with. But the balance of a meal is that when people walk in, they want water first. People definitely weren’t getting water first on Yeezus. I do fight with myself to say, “Keep fighting.” But also, you know, you can’t win every single fight. It’s a long war, and if you’re out there trying to, like, blow up every single building, you won’t win the war.

What about the new record? How far away is that?

I don’t know, man. I hope I can get one of these songs out in the next couple of weeks, just to have something up and running. But I think most likely September. I go back and forth. Like, should it be September or should it be October? Should it be November? When Beyoncé was working on her last album, she took a while. I was thinking it could somehow come out in June, like Yeezus, and just kill it for the summer. But then I’m like, I have to work on Adidas and be with my child.