Delve into the mind of Kaleb Mitchell.

Kaleb Mitchell‘s been recording since eight years old when he made his first song. The growth is evident when listening to his newest project, NINESEVENTHREE, and taking into account the considerable level of polish that it entails. He’s an artist cut from a very particular cloth. Hailing from Morristown, NJ, he channels realism with vivacious vocals that take up a considerable amount of space when he gets into a song.

ELEVATOR sat down with Kaleb to pick his mind about his new project and the creative process that went into it. Check it out below.

Just how much of yourself did you put into NINESEVENTHREE?
Every record on this project showcases a different side of me. For instance, KING KONG is 100% unfiltered aggression and hunger. LIGHT, on the other hand, is a much more somber, contemplative record that deals with some of my deepest fears, past traumas, etc. So you can say I put all of myself into this body of work.

What’s different this time? What are your inspirations?
This time I didn’t force anything. Usually, when I approach a project, I already have the number of tracks in my head, the title of the project, how I want the art to look, all of that. This was a real spur of the moment thing; I started creating and just couldn’t stop. Before I knew it I had a project on my hands. As far as inspiration, I always draw from past experiences and things I’m currently dealing with, so whatever’s on my mind that day is usually what you get on the record.

How did this improvisation help to create this go around? What takeaways do you have from it?
Working without my normal guidelines for a project gave me the freedom to explore my range. For instance, I’d usually never put records like TAKE IT THERE and FORREAL back to back on the same project, but this time around it worked.

How did you acquire such a fan base? What do you suggest for artists looking to build as organically as you?
NINESEVENTHREE is my 3rd commercial effort, but I’ve released 2 other mixtapes and countless songs, covers,  freestyles for free since I started in 2015. All I cared about was the music, and I think consistency is what got me where I am today. To all my fellow upcoming independent acts, feed your base with good content every time you drop, and the word will get out. What’s real can’t be kept a secret for too long.

What’s the journey been like? 3 years seems long but it’s actually short in this industry.
I created my first record when I was eight years old, as crazy as that sounds. Produced by me, written by me, all that. Started playing keys when I was five. The public has only been aware of me since 2015, but I’ve been at this for a while now, and quite honestly this journey has been the most beautifully challenging experience of my life. Patience is something I had to learn QUICK. I thought I was ready to blow up when I was 13 hahaha. Every single day I thank God that didn’t happen because I wouldn’t have been able to handle it.

How do you avoid creative burnouts?
I know when to step away now. It took a long time to get to this point hahaha. Knowing when to leave the studio is so important. When you really don’t have anything important to say and you’re just trying to make a record for the sake of making a record, leave. That’s what I’ve been doing as of late and it’s helped me make some of the best music of my life so far. Those ideas will come to you when they’re supposed to.

What’s one aspect of rap culture you would change?
Feeling like you have to lie to be cool. If you come from money I’m really not tryna hear fake struggle bars from you. Just tell the truth when you rap, we can see through the gimmicks.

What Pieces of yourself are you giving the world on NINESEVENTHREE? What should the world learn new about you?
NINESEVENTHREE in my opinion is my most mature project to date, as it should be, I’m 20 years old now. Not that my other bodies of work are childish by any means, but there’s definitely a clear distinction between this project and every other project that I’ve released. I think that one thing people should learn about me from this effort is to never pigeonhole me to one sound, style, or even genre. I grew up listening to everything from Flashlight to Microphone Fiend, and that gave me an appreciation for all types of music. I love exploring, and that’s something that I definitely won’t stop doing. 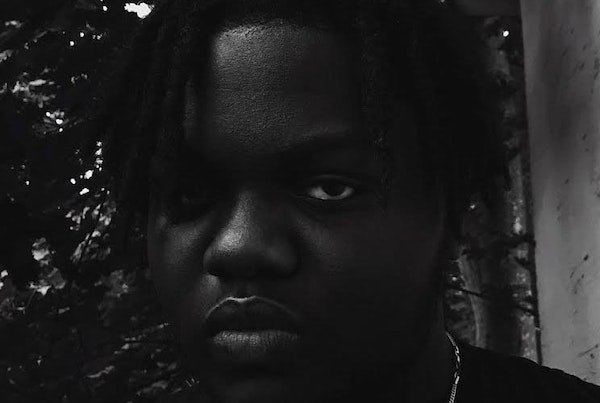