Check out this creative visual. 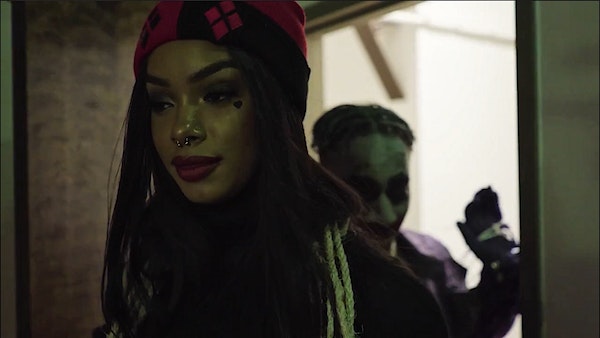 CODE Music Group artist JuS BeatZ returns to our pages with a wild release. The Connecticut native recently shared a melodic new single titled “Flossin’” produced by vacaation and moments later followed up with a music video for it. Having already opened up for some of my favorite artists like Khalid and PNB Rock, JuS is right up their alley and deserves much recognition.

Directed by Jamie Tobias, the music video comically features the super villain Joker, played by JuS BeatZ and Harley Quinn played by model Bashura Samuda. The video highlights a robbery the two set up after Harley Quinn pretends to go home with the victim following a date. The Joker and Quinn then celebrate the successful robbery as they flash money and jewelry throughout the end of the film.

Take a spin below and let us know what you think in the comments section.