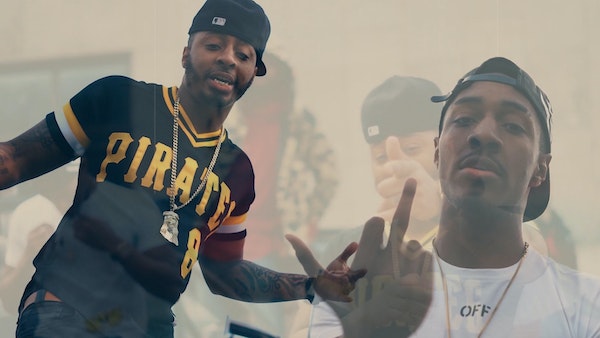 Blood brothers from Connecticut, JuS BeatZ and Jovee Benjaminz from CODE Music Group, are completely unbothered by any competition arising and continue to stay solid in their own lane. Unfamiliar to our pages, they come before us with a refreshing set of rhymes and flows.

Earlier this summer the duo had linked up with a college friend and Connecticut producer named CSMS to create their hit single titled “Marvelous”. Having performed this specific song at the “UConnic Music Festival”, the overstock of positive reactions they received is what had led them to start filming of the video.

Directed by Ope Visualz, the music video features flexed up scenes around the UConn Campus as well as scenes from nearby Ribeiro & Dunsky Jewelry Corporation located in Diamond District New York.

JuS BeatZ and Jovee Benjaminz are not at all new to the game and even each spit a freestyle on Hot 97 earlier this year. Check out their new video out on Youtube below.