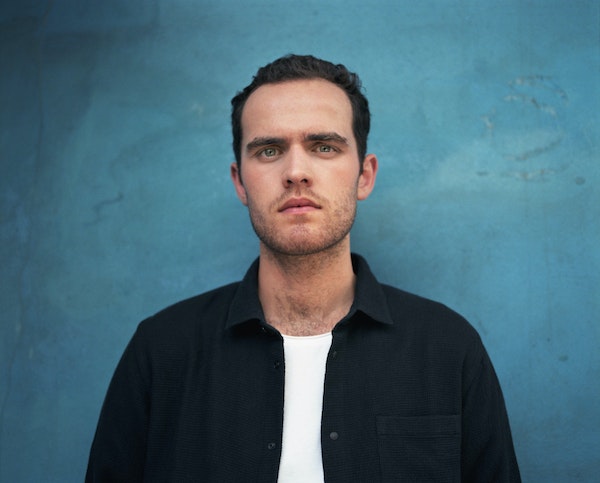 The ability to look on the brighter side of situations, attention to detail, and self-discovery seem to have always been key themes that reoccur through his music. New Zealand-Australian musician, songwriter and producer, Jordan Rakei, is one of those individuals who takes emotionally and spiritual heed into his lyrics, carefully and consistently executing his crystal clear vision. This quality makes him “one-of-a-kind” in my book, not to mention his broad vocal range. With a voice so soothing & words that speak with such weight over catchy tunes, it’s almost like second nature to keep him on repeat.

Just yesterday, Jordan Rakei dropped another track, “Rolling Into One”, his third single to be released this past week or so. With this new bundle of content, these 3 tracks serve as insight into his forthcoming album, ORIGIN, which is set to come out June 14th. The other two tracks “Say Something” & “Mind’s Eye” have recently been added onto his release radar, creating a dialogue with his audience in regard to the rise of technology & how it has surpassed humanity along with many other topics that correlate. “Activism in the futuristic world that we reside, also paired with something like a public service announcement” is what I was able to pull from “Say Something”, the lyrics serving as a tell-all. “Mind’s Eye” takes things a bit deeper than surface level, with lyrics like “Play to the mind, wide open/Awaken the beast by the meadow/Playful at least I’m hoping/Show you the doorway to my soul..” highlighting characteristics of Jordan’s spirit–his soul seeming to be very in touch, connected & deep rooted on levels that can’t be put into words. A lot has shifted in his world as obvious through his music–rebirth and growth being revealing through the title of the album.

Jordan Rakei will begin the ORIGIN tour starting August 17 in Brisbane, Australia and will close out on October 18 in London, UK. More dates have been added & this time, North America! His first show here in the U.S. will begin on October 24 in Seattle, WA and will close out on November 14th in Brooklyn, NY. For my Canadian fellows, you haven’t been forgotten either. For more information, be sure to check out his website https://www.jordanrakei.com where you can pre-order ORIGIN, buy tickets, and all of that good stuff. 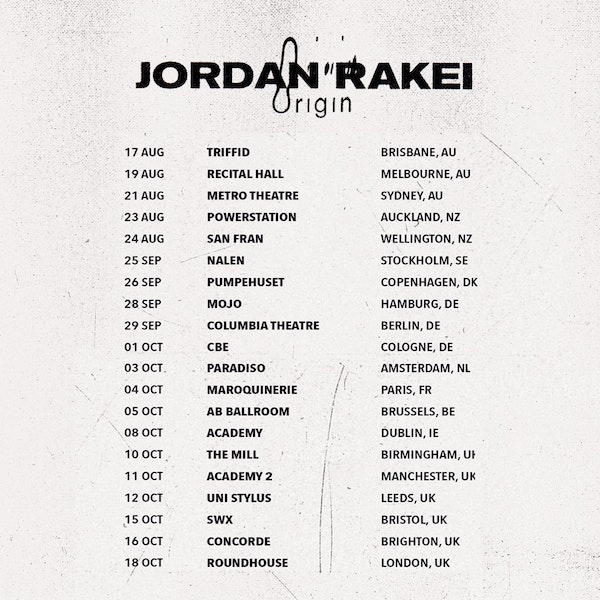 Press play below to stream Jordan’s 3 new tracks from ORIGIN below: