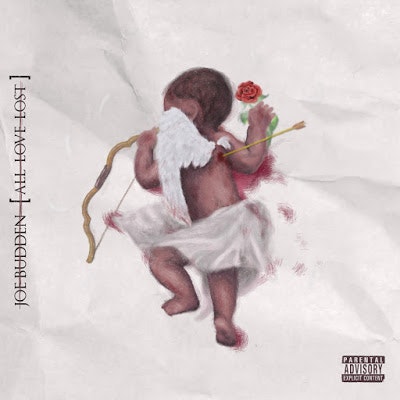 Joe Budden is gearing up to release his highly anticipated album All Love Lost, and after teasing one of the most talked-about songs on the LP on his Instagram, we finally get to hear the whole thing. On “Slaughtermouse” Joe pens an open letter to his boss Eminem as well as his Slaughtermates, covering a range of topics from being a “Stan” to his thoughts on the Bad Meets Evil album and his come up. Being a Joe Budden song, it’s already inherently emotional, but this is next level. I read the lyrics as I listened and got goosebumps. This is Budden at his finest, and when the record fades out, I hoped it would go for another 5 minutes. Listen to the AraabMuzik-produced track below, and watch him tell RapGenius all about the record and its underlying message.

[Verse 1]
Yeah, yeah
Look, it was around ’99, baby comin’ while I was at rock bottom
Ironic shit, I was listenin’ to “Rock Bottom”
Pockets, rabbit ears, no paper, lot of cotton
Had some charges stemmin’ from me and my squad robbin’
Had to leave the hood, shit stayin’, not an option
I bumped your shit forever, felt we had a lot in common
A rapper expressin’ wit who spoke in depressive stints
All that introspectiveness, I couldn’t measure what it did
Listen, I’m writin’ to you now cause we don’t get to talk much
‘Cept for in the stu’ when we be passin’ through the halls and such
I wonder if you catch me stare at you in awe much
And we be busy workin’ so I never share my thoughts much
Remember signin’ four niggas with an attitude?
Well maybe we’ll get your star power and his magnitude
All I thought was it was ’bout to be on
But I never guessed that I was ’bout to be wrong
We encountered some things, maybe we should’ve figured out all along
Who the fuck was I to be too vocal in my doubt for some songs?
Even I can’t be that dumb to step over the threshold
And be the guy who says no to so many records sold
Whole career, I never bit my tongue, I let it go
Too many times bein’ the rebel, ain’t end in what’s best for Joe
That second album came and added truth to the slander
But we learned what’s good for the goose ain’t good for the gander
Guess I’m askin’ for advice right now
Experience and leadership to help suffice right now
I guess I’m askin’, “How would you do it?”
Before I do somethin’ too stupid
Before my group lose it just to get our views lucid
Every other day these niggas want a new exclusive
Should I be in the mix more? Maybe I’m too secluded
Do you think you’d be as famous now
If you had to put out “My Name Is” now?
The way the game is now, awful lyrics, shit is shameless now
Just tell me how you’d maneuver if you came in now
It’s just thoughts, everything is criss-crossed
Gotta be cool with Complex and Pitchfork if I wanna get my shit off
These simpleminded niggas won’t think you fuck with us
If they don’t see you poppin’ bottles in the club with us
It’s about fashion now, which I hate
Because I dress like shit, I’m just the best when I spit
But different times, I was feelin’ like the odd man out
Like I should leave, they’d be better with the odd man out
Like when I wasn’t on that intro, I felt a little weird
But that was for the team, so I didn’t really care, for real
For the team, how I happen to be
When Bad met Evil, nigga who was happier than me?
Think back, the way that I was on that shit
You woulda thought it was my album and I was on that shit
Like fuck rap, happy to see a friendship get mended
Cemented and any frivolous tension get ended
Joell you my G, Weapon Waist you my OG cuz
Nickel you know I look at you like it’s blood
Here’s the flowers, before this end is covered in mud
We can disband right now and it’s gonna always be love
For a brief period I tried to rhyme like y’all
I was high, maybe tryin’ to prove that I’m like y’all
But I’m not, I suck at all that syllable shit
I’d rather make the pen bleed to see the feelin’ you get
I’m bein’ honest, we might never sell a million and shit
To me it’s more value in keepin’ it trill with my nigs
And to Em, one of the illest ever on the mic
We’re less different than we are alike
This ain’t about star power, I ain’t on the hype
Never mind skin color, I see beyond the white
My whole life I fought trauma like you
Had ups and downs with my baby mama like you
I had my fair share of transgressions like you
Had a bad temper once and fought aggression like you
Did drugs, popped pills, fought depression like you
These are things you’d never pick up from our sessions in the stu’
I beefed with Hov, 50, Game and Wu
Got in my own way a lot, I’m sure the same as you
The whole label think I’m crazy, I been peeped it
I’m only mad I couldn’t keep a better secret
Still when I hear your voice, my head goes wrong
Takes me back to that little boy with my headphones on
And the way you saved my life back then is how I’m savin’ them
Plaques and charted tracks won’t take me away from them
So I hope you understand
Fuck this record deal, you inspired me as a man
I’ll cut it short, before I start feelin’ like a Stan
HouseGang for life, word to the pig on Royce’s hand
Success’ll never disable me
No record label will ever label me
My morals ain’t for sale, can’t under-the-table me
I’ll ride it out, even when everything ain’t savory
My brothers love me, they won’t enable me
And they won’t kill me, they won’t Cain and Abel me
It’s how I feel…