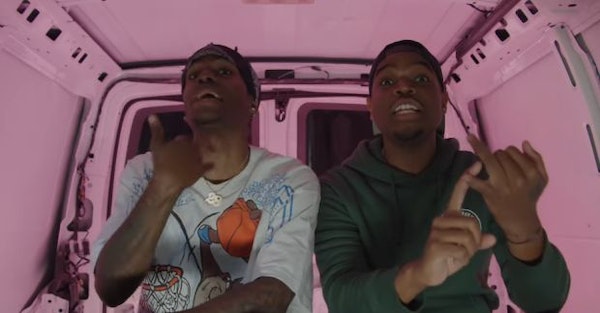 St. Louis based duo JGE Retro, known as Lil Shawn and Shad, have been carving out their own niche in the music scene for quite some time. Though both are still young, they’ve been creating music since children under the tutelage of their famous relatives, Lil Shawn being the nephew of rapper Nelly and Shad the son of Tony “T-Luv” Davis, Nelly’s former manager.

Overcoming numerous setbacks in their careers, the duo is set to release their forthcoming project “Late 2 Class.” Still putting the finishing touches on it, JGE Retro have unveiled the official music video for the lead single “Monopoly$” produced by Jayson ‘Jay’ Cole and Starstrukk Productionz. The visual is set in Los Angeles and was directed by JD Films. Remaining true to their name, the clip has a retro feel, bringing to life MTV’s hit reality show “Room Raiders.”