Jay Z gets candid in a new podcast.

Amidst rolling out a series of visuals for his new album 4:44, Jay-Z took some time to address a few controversies surrounding the project on an exclusive Tidal podcast. Sitting down with journalist Elliot Wilson & Brian Miller, HOV reveals information regarding his relationship with Kanye West after supposedly dissing him on the song Kill Jay Z, saying:

“It’s not about Kanye. It really isn’t. His name is there just because it’s just the truth of what happened. But the whole point, is ‘You got hurt because this person was talking about you on a stage.’ But what really hurt me was, you can’t bring my kids and my wife into it. Kanye’s my little brother. He’s talked about me 100 times. He made a song called “Big Brother.” We’ve gotten past bigger issues. But you brought my family into it. Now it’s a problem with me. That’s a real, real problem. And he knows it’s a problem.”

Obviously referencing the rant in which Kanye called out Beyoncé for supposedly demanding an award at the MTV Video Music Awards, Jay gets more candid than ever discussing their tumultuous relationship. Acknowledging room for growth and past disagreements between the two, Jay says:

“He knows that he crossed the line. I know him. He knows. I know he knows, because we’ve never let this much space go between one of our disagreements, and we’ve had many, because that’s who we are. That’s what I like about him. He’s an honest person, we’ll say things, and he’s wrong a lot of times, and we’ll confront it.” 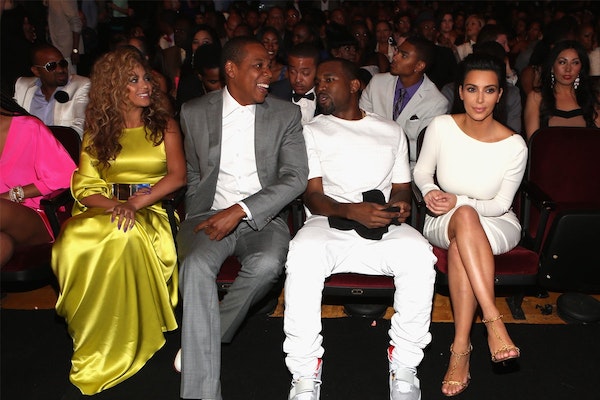