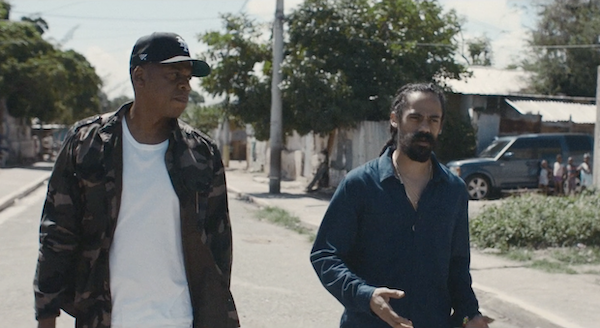 Fresh off the release of 4:44 and the birth of his twins Sir & Rumi Carter, Jay Z unveils an original video for one of his recently released tracks, “BAM.” Featuring Damian Marley, the track was a standout on HOV’s 13th solo studio album and is met with an equally dope set of visuals.

Embarking on a journey through Bob Marley‘s old neighborhood in in Kingston, the rapper joins Damian for a truly unique experience. Jay Z continues to push the envelope with some of the most intriguing music videos in recent memory and will surely deliver similar content in the near future.

Stream the music video for “BAM” featuring Damian Marley below via YouTube.