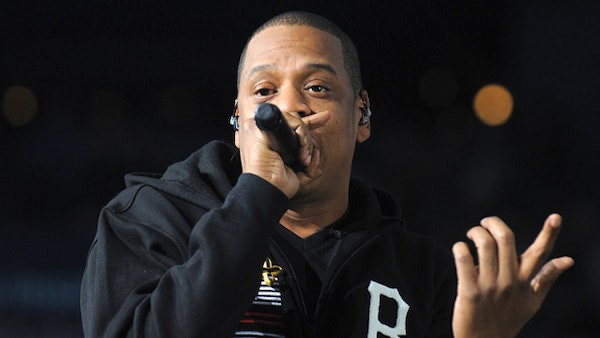 “Nothing real can be threatened, nothing unreal exists” Tidal is platinum. 1,000,000 people and counting. Let’s celebrate 10/20 Brooklyn.

Jay Z took to Twitter, rvre enough an event itself, to announce that his Tidal music streaming service had reached the 1,000,000-subscriber threshold. Amid all the negative chatter about the service, Hov felt it was time to celebrate. To mark the occasion, he announced a one-day festival inside the Barclays Center in Brooklyn. The lineup is fucking insane, because Jay likes to flex even when he’s curating. The artist formerly known as The Artist Formerly Known As Prince is going to be there… Prince. Also, Beyonce, Lil Wayne, Usher, and the list goes on. Does Jay Z say lit? 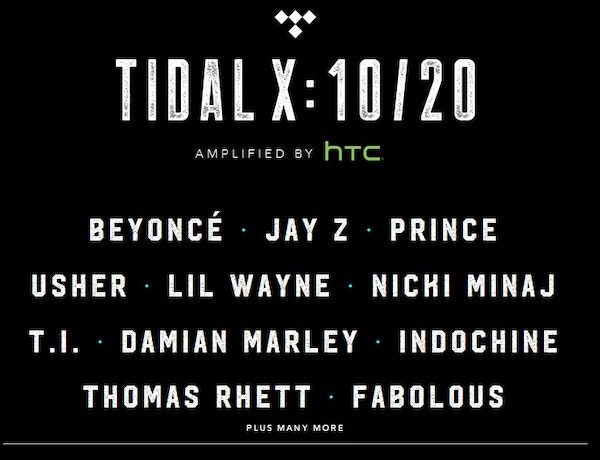 Money raised from ticket sales will be be donated to organizations “dedicated to advancing positive community relations and effecting systemic change for the development and sustainability of just societies, this inaugural event’s philanthropic focus.” The distribution of funds will be administrated by the New World Foundation on behalf of Tidal.
via Contact