There will only ever be 1, Supreme 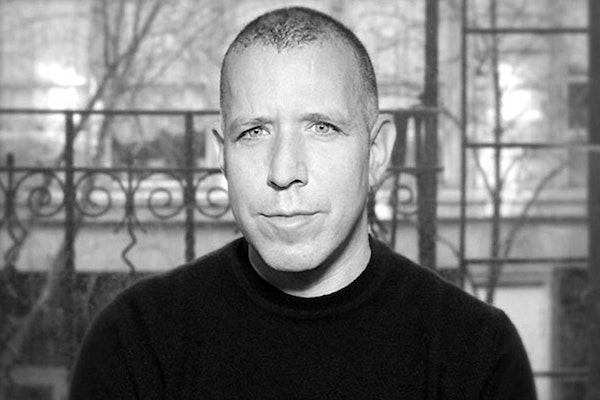 Im 30. I’ve been skateboarding my entire life and it introduced me to nearly everything that I hold dear. These days skateboarding is popular. It’s cool. Hot girls do it, rich kids do it, parents support it. When I was coming up, I was made fun of, arrested, and encouraged to quit skateboarding. Currently, skateboardings mainstream acceptance and influence has exploded to astronomical proportions. It also has shaped most of the trends in fashion. Seriously, if i see any more ripped jeans, patched jackets, low top vans knock offs or slip on flat bottom sneakers I’m gonna scream “POSER!”. These trends have hit high end lines like balenciaga and Gucci, down to the more casual street wear. Im going to say less, quote the creators below, and ask anyone with interest to press play on the 2 videos I’ve embedded below and take a few mins to educate yourself on the founder, and history of one of the most influential brands not only in skateboard culture, but in present day culture period, Supreme. With all this silly shit going on these days I figured it would be a good idea to post something about how all this got started, how it’s lasted, and why no one seems to really know or care anymore. Watch part 1 and 2 of Push Products episode on the founder and his brands story at the bottom of this article, and read some words from the content creators below.

“In this special 2 part episode, we’re taking a look at James Jebbia and Supreme. The creator of the legendary, iconic force in current pop culture comes from simple and humble beginnings. Though SupremeNewYork has countless new fans, so few of them bother to truly embrace the experimental company.

When was the first time you were exposed to Supreme?

James Jebbia’s Supreme was founded in 1994, in the SoHo neighborhood of Manhattan, New York City. The American born, British ex-pat came to New York in the early 80s and worked at a small, trendy boutique named Parachute. This was a wild, untamed NYC. While learning the ins and outs of retail, Jebbia would eventually link up with a key mentor– Shawn Stussy. Stussy ran his eponymous brand as a higher end approach to California surfwear. James Jebbia would go on to work at Stussy’s Soho shop, and eventually open his own boutique– Union.

While working at Union and Stussy, Jebbia began to notice a new, upcoming youth culture of NYC skate rats, graffiti writers, and street kids. They had unique styles and personalities, and no one was really targeting them as a fan base. Jebbia set aside $12,000 to set up an experimental skate shop on 274 LaFayette street. He hired local skaters to be the store’s staff, and he left the doors wide open during the day. James Jebbia named this space after the 1964 John Coltrane album, A Love Supreme.

Before Supreme was anything, it was a downtown meetup spot. Even though Jebbia was the owner, Supreme was truly possessed by the small misfit community that populated it. The skaters would decide who could buy, who can’t come, and what merch would be in stock. They represented a specific subculture of skateboarding, quintessential to New York.

Budding Japanese influencers like Hiroshi Fujiwara and Nigo were huge fans of Stussy. By osmosis, Supreme fell into the mix. The reception and demand of the Japanese youth was so powerful that Supreme opened several of its boutiques in Tokyo. By gaining the legitimacy, fandom and validation of Japan, James Jebbia’s Supreme was poised to be the elevated street icon of the early 90s. Running alongside ultra popular brands Stussy, A Bathing Ape, and the early days of Nike SB, Supreme slowly became the staple of early 2000’s urban youth culture. Although the influence of Supreme would grow, James Jebbia continued to stay to the core of the brand’s philosophy– always keep the street kids in the driver’s seat.

Unfortunately, there’s legions of Supreme fans out there that do not understand this. Supreme is defined by these 2 titles: A boutique skate shop, and A skateboard lifestyle brand. That’s it. Supreme is NOT a Hypebeast accessory company. Supreme isn’t about hopping on trends and being embraced by influencers.

Sadly, there’s a lot of Supreme stans that believe flaunting Supreme merch automatically makes them an aesthetic pioneer. The rarity and exclusivity of many Supreme items create a demand so strong, that the secondary resale market has often spiraled out of control. With James Jebbia and crew keeping within their own bubble, the image of Supreme, unfortunately, is often handled by the people most disconnected from it.

Supreme’s ability to create art objects as references to the grimy NY streets of yesteryear is second to none. But like James Jebbia, you have to know and love those times to really value Supreme. SupremeNewYork would be nothing if it wasn’t for Jebbia’s commitment to respecting his original neighborhood scene.

There’s a reason why James Jebbia Supreme has been able to reach its current level of influence and popularity. It has nothing to do with hype or clever marketing. Supreme was as real as it gets. When you join a movement and and dedicate yourself to it, your brand becomes legendary.” – Push Product