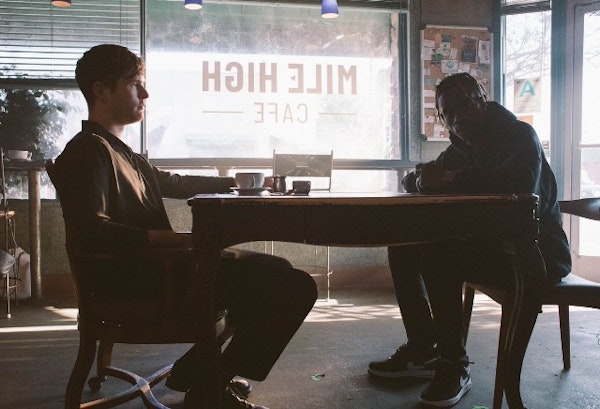 With the release of James Blake’s most recent studio album, Assume Form, which dropped just last month, the English producer & singer-songwriter returns as of yesterday with a brand new, kaleidoscopic visual for “Mile High” which is produced by Metro Boomin. The video also features an appearance from Travis Scott himself. Directed by Nabil, James and Travis meet for a chat at Mile High Cafe, located in Idyllwild, California, where James then loses his focus and attention to their conversation as soon as he stirs his cup of tea. The camera takes an aerial view into the cup and at that very moment, we are met with Travis and James standing back to back in what looks to be a void in time and space—the setting being somewhat relatable to a black hole, except the two withhold divine invincibility.

In support of Blake’s new album, February 18th marks the kick-off for his tour which will be taking place in Atlanta, Georgia, then ending March 16th in Los Angeles, California. Check out the tour dates and locations below to see if you can catch James in your city.

Press play to view the “Mile High” visual below: