Jack Harlow speaks on new “SYLVIA” video, his bond with The Homies, and how he navigates his deal in new interview

Jack Harlow talks new music video, collaborating with The Homies, and more in his interview with ELEVATOR.

Jack Harlow’s smooth, Southern sound is a breath of fresh air in a world of stifling oversaturation. Everything seems to come naturally to the 21-year old Louisville rapper, as he’s spending his time going out and enjoying friends while making the music that soundtracks it all. Even the bad times can be offset by the good, as “SYLVIA” tells a significant piece of the story throughout the album, Loose.

By the end of the video featuring 2forwOyNE, the guys make sure to have you feeling like you’re one of the squad every time Private Garden comes through. 2forwOyNE is a multi-talented rapper, producer, and engineer and one-fifth of The Homies. Having executive produced Jack’s last two projects, GAZEBO and Loose, he’s proved essential to the overall vision and delivery on their shared come-up. 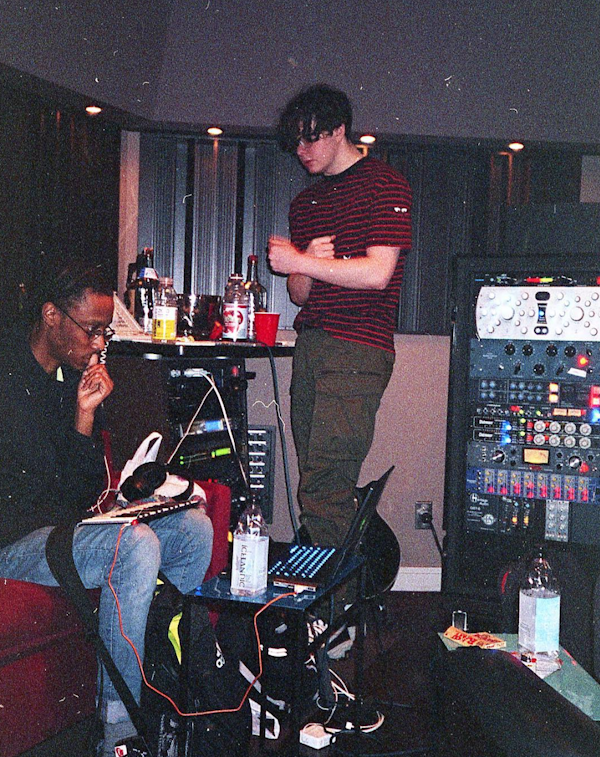 Jack Harlow answered questions about his storytelling on “SYLVIA” and more in our interview below:

What was the inspiration behind the video?

I wanted to show the world a little bit of Louisville and see what happened if we just performed the song a few times in our natural habitat…not a lot of thought was put into it, I just wanted to see what kinda moments could be created out of something organic.

A huge motif through all of your videos seems to be your love for your city and the fun you have with your friends, and you always showcase the idea of just having everybody pull up and have a good time on set. What do your friendships from home mean to you on the way up?

A lot of my writing is inspired by conversations I have with my friends. Writing about myself is dope but it’s even more rewarding when I can find a way to tell a piece of their story through my music…I get a lot of inspiration from what they go through and the things they tell me when we spend time together. They’re a reflection of me and vice versa…so it all ends up painting a picture.

Can you explain your relationship with The Homies and Private Garden?

I met The Homies when I was still in high school. At the time, I was really focused on rapping my ass off and proving myself as a white kid that could spit bars. As I got closer with them and we spent more time collaborating, I really started to experiment more with my delivery, tone, & overall song-making. They ended up speeding up my development and passed a lot of sauce on to me. It didn’t take long for us to come together as an official collective, and now we treat each other like family. 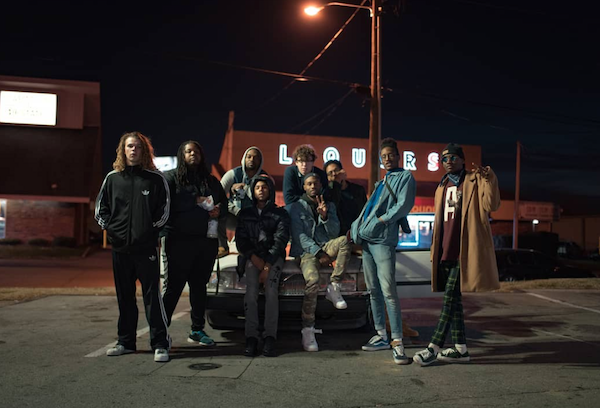 You’ve spoken in the past about how you want your music to really tell a story every time you write. How important is it to you to have visuals accompany the music to help tell those stories?

The visuals are the icing on the cake. They make people say ‘I wanna be friends with them’. And more than ever people obviously need something to look at to fall in love with an artist. So it’s always been a priority for me.

What story is “SYLVIA” telling as part of Loose?

As simple as the “SYLVIA” video is, it probably epitomizes the story and feels of Loose better than any other visual. I had a lot of fun making the tape. I was experimenting, recording in different states of mind, feeling the music more than thinking about it. The whole tape is a party.

You’ve released music consistently for the past five years now. How does the current landscape of how artists are releasing music effect how you release videos, singles, and projects?

I definitely observe and keep in mind how other artists release music, but I try not to move too blindly off of what industry folks are saying is ‘the norm’ nowadays. I see a lot of artists doing everything they can to stay afloat, and I think in the end it can be actually counterproductive to sustainability. Yes, people’s attention spans are tiny, and yes, the life of music is shorter than ever…but I think it’s good to keep some of your cards. I think you gotta leave people wanting more. I personally have no interest in flooding my fans with music, but that’s just me.

Do you have anything outside of music that you turn to decompress and ground yourself?

I love movies. Just the thought of watching a good movie makes me feel warm inside. I’m trying to read more. I read Crime and Punishment this year…it took a second but I got it done. I delete the social media apps off my phone every day. I try not to get caught scrolling, taking in all that information that I have no control over…I feel like it numbs you. Definitely delete them off my phone before I go in the studio. I got the new Pokemon on the Switch…I’ve always loved the Pokemon games.

As an artist signed to a label, Generation Now/Atlantic, what advice do you have to anyone working inside the system about how to be successful?

Just be a good communicator. I know that this industry is a different experience for every artist depending on the route you take, but if you can figure out how to look people in the eye and tell them what you want, it can make things a lot easier.

Aside from that, I really believe I got blessed. People talk like they know what it means to sign a deal, but there’s a lot of factors. I work under legends and get game from people I look up to on a daily basis. I’m around people that are actually passionate about the music and give me complete creative control to grow and experiment.

How do you feel your style has changed, within and outside of music, over the past few years since your earlier albums 18 and Gazebo?

Moving to Atlanta changed my music a lot. I started freestyling more and having fun with the melodies. A lot of ideas started getting created inside the booth, impromptu, whereas in the past I would try to have everything together before I went in to record. I was also getting faded during sessions and it brought different energies out when I would record. I think some substance was sacrificed on the last project, but a lot of flavors was gained. Now I’m trying to balance all my strengths and create something even more well-rounded. 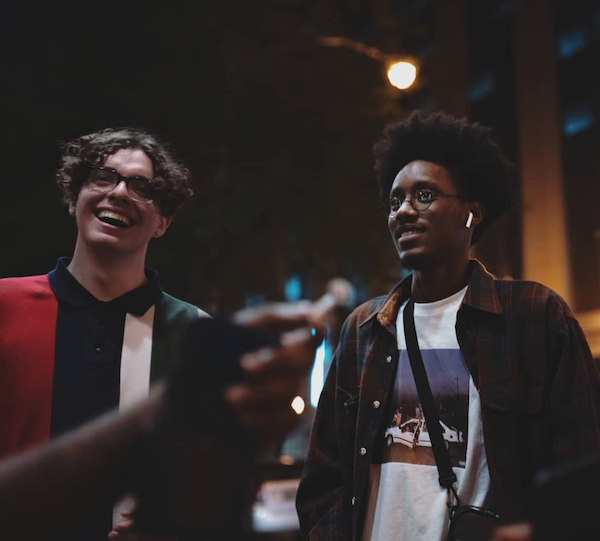 How are you most looking forward to experimenting with and improving upon your craft with your next release?

I’ve been so melodic for the last year and a half, I had to get back in my rapping bag a little bit. Trying to make sure I keep that sword sharp. Other than that, we’re gonna go with what feels right.

Can we expect any new music soon from yourself or The Homies?

You worked on Loose while based out of Atlanta, and you said you felt like that changed up the creative process for you from initially creating in your hometown in Louisville. What creative advice do you have to give to anyone entering the music industry now from a small town or a lesser-represented city?

If you can find a way to channel yourself on the mic authentically, the parts of you that are specific to where you’re from will come out. All you have to do after that is paint what you see around you. 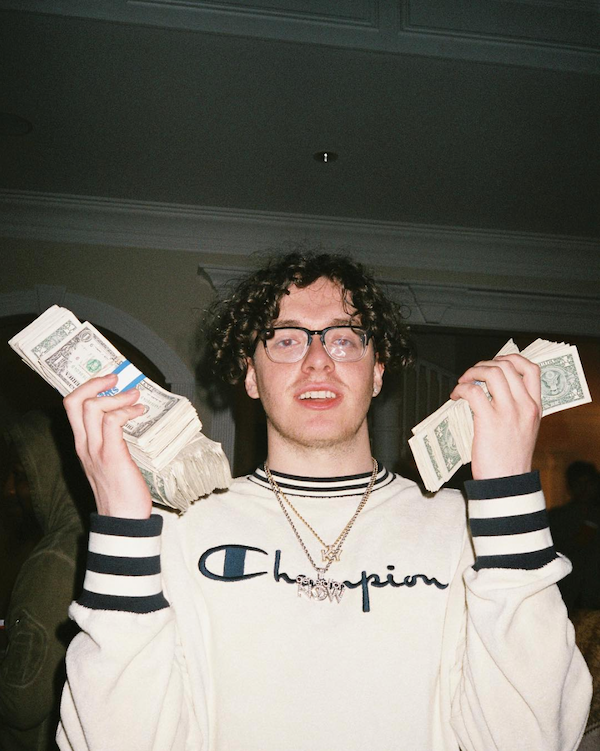 After linking up with fellow Kentucky native KY Engineerin, who has engineered for 2 Chainz, Waka Flocka Flame, Lil Wayne, and more, Jack Harlow eventually signed to DJ Drama and Don Cannon’s label imprint Generation Now, where he’s been dealt nothing but blessings so far. Jack notes the importance of strong communication while working within a deal, and his continued dedication to his fans will be a determining factor in his success going forward. While his recent attention to melody might be what draws him back into his foundation in rap, we can’t imagine that his style will ever become starched. While we wait for what’s next from himself and The Homies, Jack Harlow’s Kentucky boy persona has won us over.

Allison is a senior at Wesleyan University, pursuing a career in music journalism, artist management, and A&R. Allison, who has worked for Viacom, Mass Appeal Creative, and Mass Appeal Records, currently volunteers at her school recording studio. Follow her on Instagram, @allisonwtheassist, for occasional updates on her daily commute and unnecessary screenshots of what she's listening to.