“Maximize all the pleasure”. 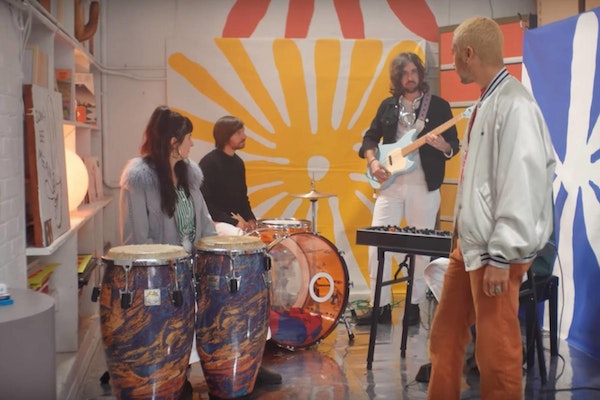 Beginning his year on the right foot, Toro Y Moi released his most recent studio album titled Outer Peace, which sparked a ton of raving conversations in the musical realms. On Wednesday of this past week, Chaz Bear reexplores the world of Outer Peace with a brand new visual for a prominent track titled “Ordinary Pleasure”, this song being the perfect selection to add to his colorful video vault. Directed by Manny Gant, the video was shot at Chaz’s Company Records label building, showcasing the balance between each section of the studio. In the opening scene, Chaz sits comfortably burning incense at the piano, then turning around & introducing himself and fellow bandmates. Dancing around different areas of the studio, the multitalented record producer & singer-songwriter sets the mood with warming happiness and glow as he sings lyrics that dig deeper into the creative intellect. With abundant productive activity going on in the video, Chaz approaches the light and playful side of things by hosting a dance party in the backyard, surrounded by genuine smiles and unifying energy—communicating the concept of not focusing on just one area of gratification. Do the things that bring you the most joy, all at once.

Get in on Toro Y Moi’s perception of what “Ordinary Pleasure” is below: