Read our short interview with the rising Miami superstar. 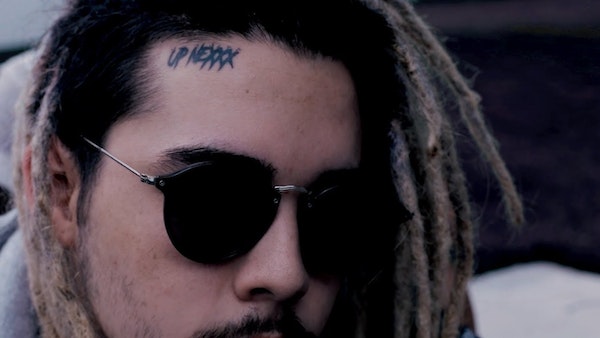 Rising Florida phenomenon iON LIL GUT made an impact on our pages with “High School” nearly two months ago, and has since returned with a new single titled “Blues Klues.” The track is produced by illadaproducer, and finds the Miami native channeling his signature, slow melodic sound.

Keep scrolling below to read a short interview with iON, and be sure to press play on “Blues Klues.”

It’s been almost two months since you released High School. I remember the first time Mars showed me the song, I knew it was going to be huge. It just broke 100k views on our YouTube channel, and has even more on your SoundCloud. Did you know it was going to be such a game changer?

A: I knew it would be a game changer since the beginning, the reaction and the positive feedback it got in just a month is amazing! It reached 100,000 on Elevator and 200,000 on my personal SoundCloud.

Why do you think that track in particular caught hotter than anything you’ve ever made?

A: I feel that the concept of it being “HIGH SCHOOL” makes it easy for people of all ages to relate, giving it a nostalgic feel. The production, strong hook and melodic sound are all components to a great song.

Do you remember recording the track?

A: I remember recording the track, it was a song full of energy. We got it done in less than 45 minutes. In my mind, it was just another great song being made.

Explain your relationship with Illa.

A: illadaproducer is my manager and producer. We met through Ohtrapstar about five months ago at the studio in Miami. He heard a hook I did on one of his beats and said “Let’s get to work I see potential in you,” and I was down to work with him. The chemistry in the studio is very natural. We feed off of each other’s energy, and what feels right will turn out to be a great song. We work at a fast pace, in a session we will get 2-3 songs done.

Do you think being closely associated with other emerging rappers in Florida has been a gift or a curse?

A: Being closely associated with other emerging rappers in Florida is a gift, we all have the same or similar goal and music is our passion so it’s inspiring to see people I associate with putting in work at all times. It’s not hard to be relevant if you are consistent with your music, because then you show the world that you are both talented and hard-working.

How has your sound developed over the past few years?

A: My sound has developed in a positive way over the past few years. I would always be very melodic, but never made it something I would do consistently. I ended up polishing my sound and made it easy for original songs to be made.

How would you describe your current sound in a few words?

A: I would describe it as a melodic, guitar driven, sing-a-long, short and sweet sound emerging from South Florida.