TrapMoneyBenny talks origins of name, how “In My Feelings” came about, and his favorite record he’s produced

How TrapMoneyBenny ended up with the #1 song in the country 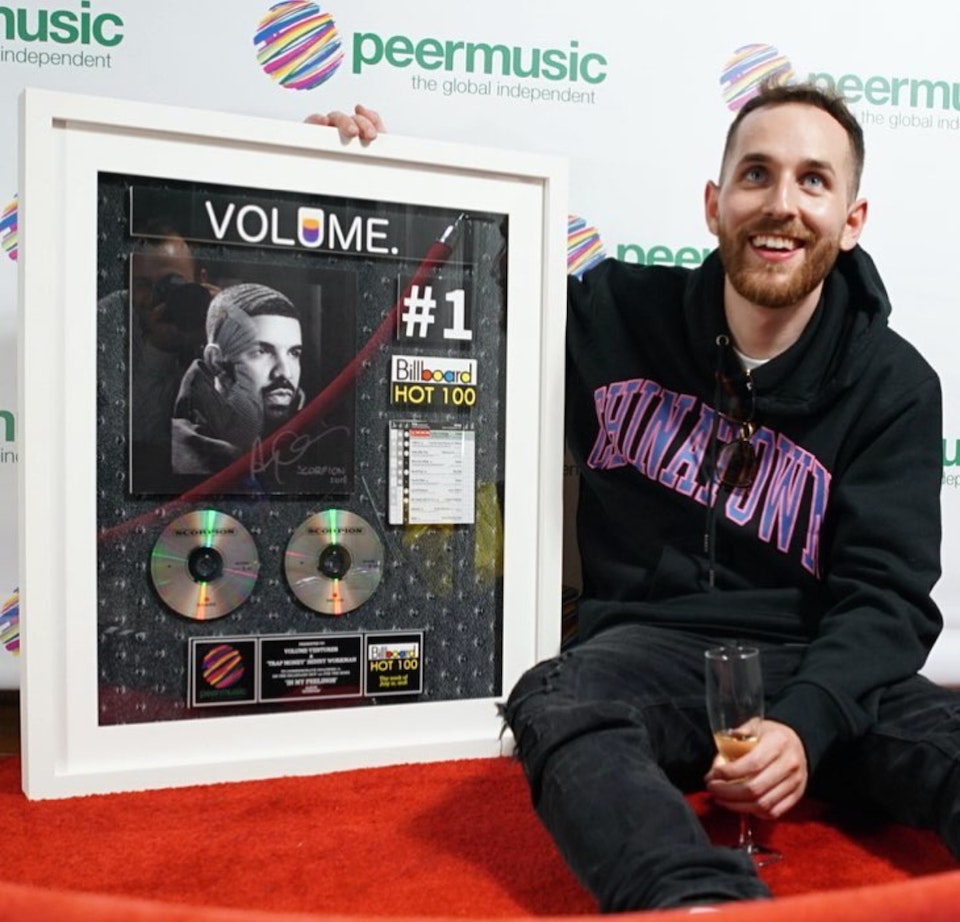 “Kiki, do you love me? Are you riding?” …I’m sure you know the rest. I mean, who doesn’t? It was the number one song on the charts for weeks and hands down one of the standout singles on Drake’s Scorpion album. Released on July 10th of this year, Drake’s “In My Feelings” single was and still is a massive success in the music industry. Reaching popularity amongst many cultures, the New Orleans bounce beat was engineered by Ohio born, now L.A.-based producer Benjamin or TrapMoneyBenny.

A long time Elevator friend, TrapMoneyBenny went from humble beginnings in his hometown of Mentor, Ohio, working with Nate Fox, Two-9, KEY!, and many other underground names to having the number one charting song in the country with Drake. Even the video for “In My Feelings” which features Drake, Phylicia Rashad of City Girls, La La Anthony, Shiggy, and Capito & Marley, is doing numbers, quickly surpassing 165 million views on Youtube and that’s after only a few months.

We recently had a phone conversation with producer TrapMoneyBenny to further understand how his success came about and much more in an exclusive interview below.

So first off, let’s get some basic info out, how and when did you first become TrapMoneyBenny?

I came up with the name late 2010 but I’ve been producing for longer, though. It was almost like a joke. Not necessarily a joke. It sounded tight and that was the kind of music we were doing at the time. Before Trap music became a real big thing. We just liked the sound and basically, that was all I was doing and into at the time. I’m a young white kid from the suburbs. It’s like a plot twist, it’s funny.

Has music, specifically producing, always been your way out?

I would say, probably more towards high school it became my passion. Because, you know, they kind of force you to know what you’re going to do and that was a pastime of mine. Some of my friends were into rapping and singing and then I was into making music. After that, it just gradually got more and more serious.

Do you have a favorite song produced by yourself?

I’m gonna have to say I’m going with “Trappin Benny”. Just because it did a lot for me at the time. It was like the new shit that we were up to.

In a previous interview, you’ve mentioned that you’re signed to James Fauntleroy from label 1500 and how he helped get the Drake placement. How did that connection happen?

So, James basically alley-ooped it for me. Originally, Oliver, who, you know, is one of Drake’s guys reached out to me 5 years ago asking for some beats. Nothing really kind of came out of it, but then I had remembered his email this year in like late May or early June. I just sent out a crazy email, I was like yo I don’t know if you still use this email, but I want to send you more stuff. And he replied back in like an hour or so and I sent him beats. After around two weeks went by, James went to go work with Drake and told me he kept hearing the song all week with my name on it. He said he didn’t want to speak too soon on it but on the last day, they went through it and it was on the album. I knew about a couple hours after that. My God, that was crazy. It was mind-blowing also because they didn’t know I work with James and James didn’t know I had this random tie to Drake and Oliver.

When you first produced in my feelings was it initially for Drake or was it just another beat for you?

It was just me making a beat, it wasn’t intended for anybody. It was just one of them I sent.

Amongst the many speculations, did you know who Kiki really was the whole time?

No, I had no idea. I don’t really think it’s meant for her or really anyone one in specific.

How does it feel hearing “In My Feelings” on every station and really anywhere? Would you ever grow tired of it?

Whoever I’m working with, my main environment always gets mentioned in the song. So, for it to get to that big of a level for a record, I could never get sick of hearing it. At first, it was just like… what, this just doesn’t make any sense. It’s unreal when you get there. It was definitely a lot. I feel like it was overwhelming but in a good way. 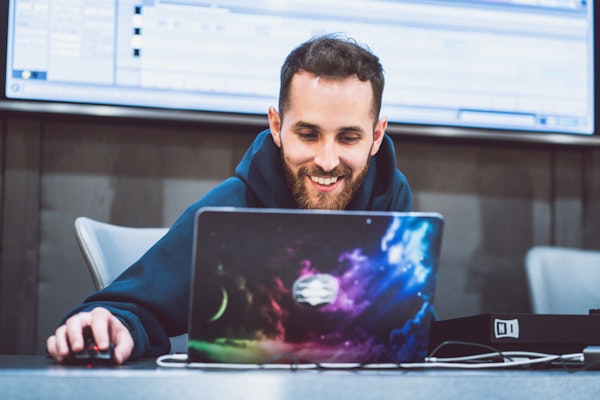 Is there anyone you haven’t worked with before that you want to work within the future?

I would love to work with Future. Future and The Dream. Those are like some of my favorite musicians. There are a few more, too.

Any musical influences outside of Rap that inspire you?

Actually, all of my influences are not for rap or hip-hop. Majority of the time when I’m not working or in the studio, I’m listening to R&B music.

Other than music, do you have other talents or business ventures?

I do have merch coming in soon, we’re just knocking out the production of it all now and getting my name out there. We just shot the look-book the other day. I haven’t really decided on when I’m releasing anything yet, but, of course, I’m still kinda getting the look together. You know, I want it to be different.

Here are some of TrapMoneyBenny’s official merchandise looks: 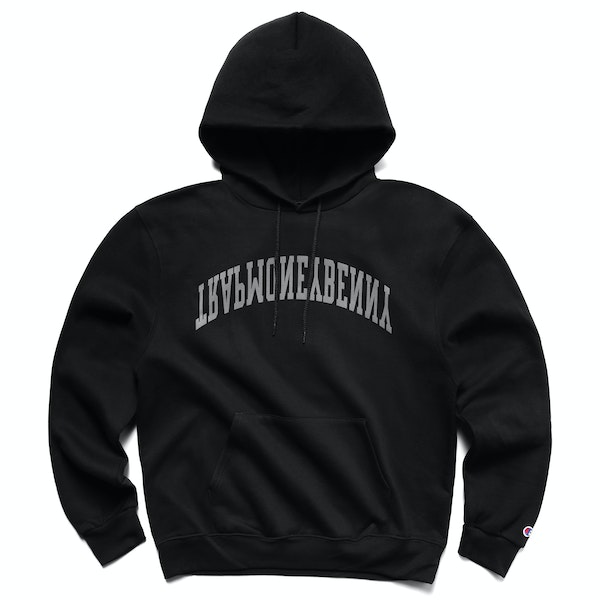 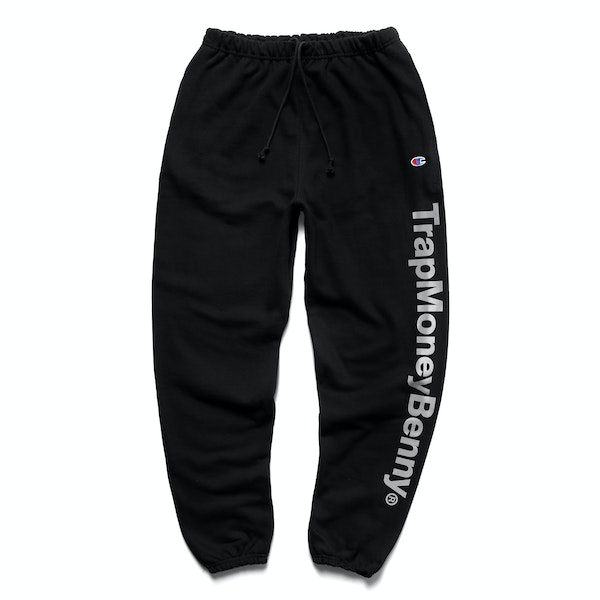 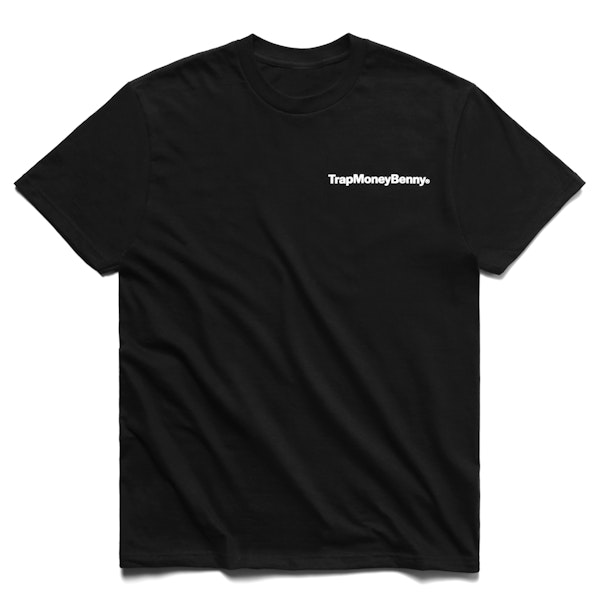 How can signing with a management comp or label help independent producers?

Do your research. No point of signing to somebody if they are not looking out for your well-being. You can take that however you want. You have to think, what are they creating opportunities for? Is it beneficial for you or is it beneficial for them? When you talk about managers, you don’t have to worry about the business side of things so that can open a lot more time for studio work and building yourself. 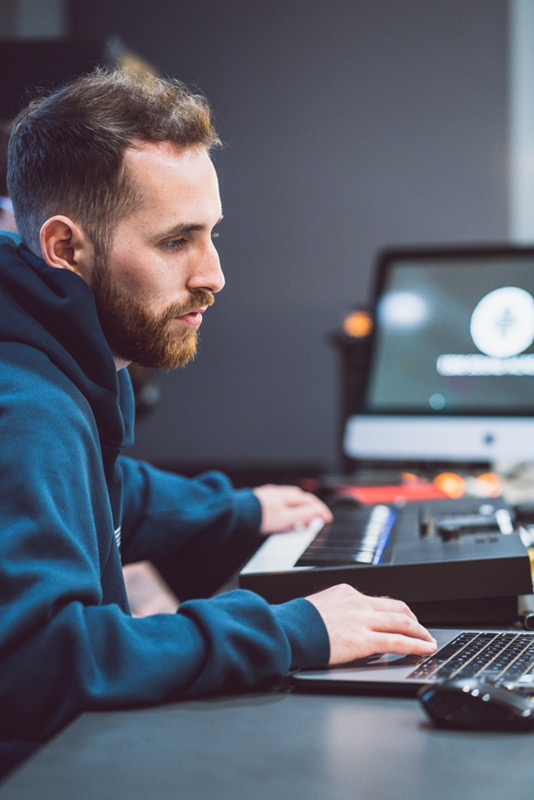 As shocking as it sounds, TrapMoneyBenny has still yet to get in the studio for a session with Drake. However, the two do stay connected over the phone and may or may not be plotting the next hit. In the meantime, keep listening to “In My Feelings” until the next year and be on the lookout for more TrapMoneyBenny content all 2019.