Get familiar with the buzzing Virginia collective. 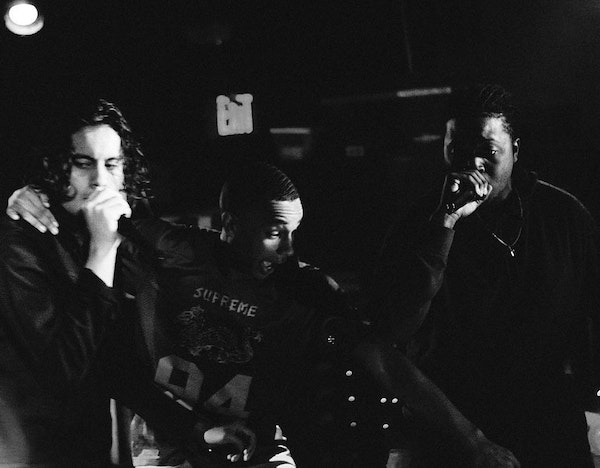 It’s 3 AM. As you lay in bed, eyes bloodshot red from insomnia and a mix of indescribable feelings caused by an ex’s last Snapchat update, a fresh wave of paranoia washes over you as you remember that horror movie you watched the other day.

Now, you’re a ball of emotions, aware of your surroundings yet disconnected from reality; trapped within a liminal space where the ethereal is within hands reach. It’s here that IIIDAZE‘s sinister aesthetic lives; the group’s ability to extract and portray emotions we don’t truly understand is unlike anything that we’ve seen before, regardless of genre.

With a flawless track record of nearly-metaphysical releases, and a style that Tumblr users salivate over due to its reliance on bright colors, spacey visuals, and mysterious cartoons, the collective is one of Virginia’s most peculiar forces.

To find out more about the budding stars, we talked to them about the group’s origins, collaborating with other artists, and their creative process.

IIIDAZE is a Virginia multimedia collective consisting of three members – BORIS THE LUCID, KLIFTXN, & WOLF. Each three define IIIDAZE in their own unique way bringing different assets to the surface.

What was the inspiration behind the name?

During the end of 2016, we were trying to figure out what this brotherhood collective should be titled, and then Boris had the idea of being in a dream-like state. He threw the word DAZE in the conversation feeling that that was something relevant to our lives and feeling like our drive is in a dream state. Kliftxn had threw the idea of having the number three in front of DAZE but in roman numerals, from there we decided on being IIIDAZE.

Each of the three members has a very distinctive rap style and aesthetic. How are you guys able to blend these styles together and work as a team? 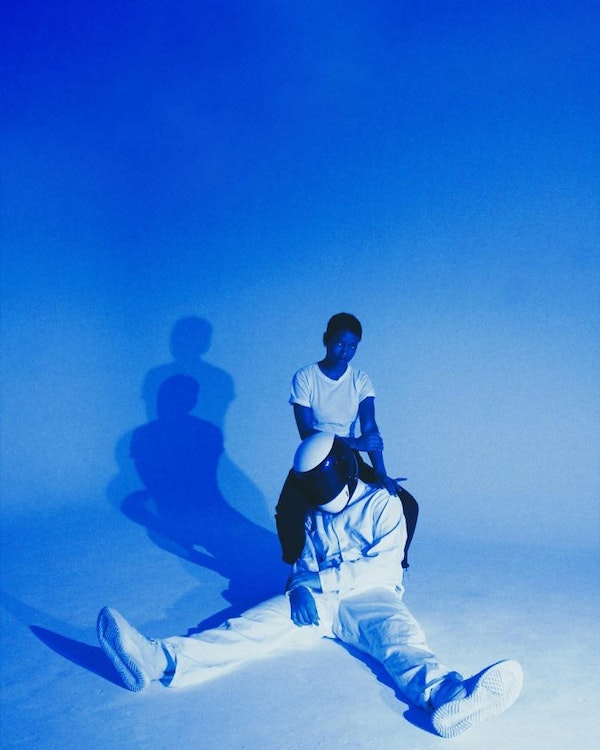 Being together all the time and all of us having the same drive & passion for music really allowed us to be very open with one another with ideas and decisions, as well as allowing the chemistry to be powerful on any project being worked on.

From who does IIIDAZE draw influence from?

What different vibes do each of you guys bring to the table? 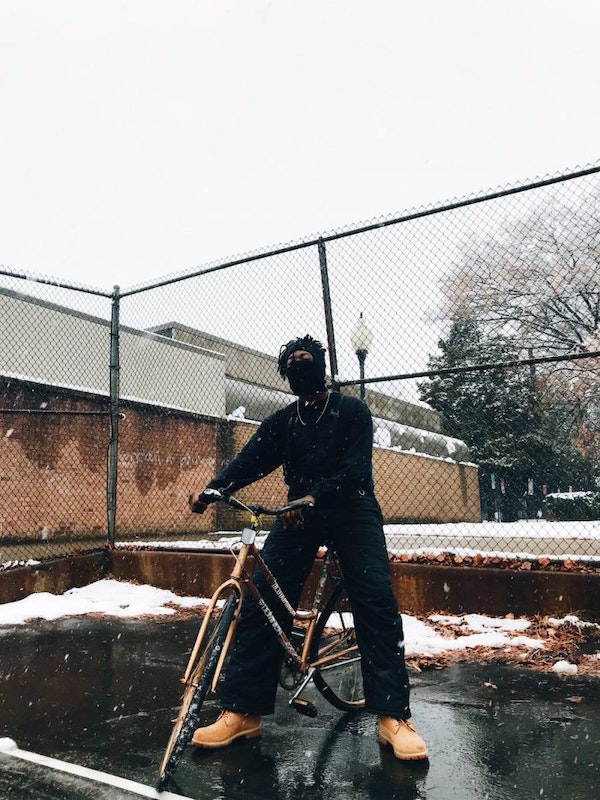 When you look at established collectives like Odd Future, and more recently, BROCKHAMPTON, it’s clear that they manage to juggle personalities to perfection, allowing for each member to get their shine. How does IIIDAZE enable each rapper to equally share the spotlight?

IIIDAZE: Even though we have distinctive styles, within every record we allow each member to showcase their craft. With each members execution, the records come together seamlessly. To say this, all of us together on a record sounds like one, no one feeling over-powered by the other.

IIIDAZE: The recording sessions are quite hilarious; at the same time extremely intense and fast. All of our ideas flow together quickly making it easier to finish the product. Everyone has one job to do and we make the best out of it and throw that bit of fun to keep our sanity for whatever we do together.

How have your experiences as a music collective in Virginia shaped your perception of collaboration with people within the state?

IIIDAZE: We don’t usually work with other artists, but we are open to it. We are picky with who we want to collaborate with due to the fact that if we can’t hear ourselves on the material then we can’t move forward on it.

What was the creative process like for “Night Shift?”

One afternoon around 5 PM, Boris and Wolf were in a session working on some stuff. Boris started working on this beat and after awhile he started to feel like he was gonna scratch it because he couldn’t get it to how we wanted. An hour later he finally got it correct and structured, then began writing immediately. Heavily inspired for the concept of the record, we started the recording process and it was coming together quickly. The next day it was completed and mastered to hold on to for a few months before it’s huge release.

There is a lot that we’re working on at the moment, a lot of side projects being jumped into. We are currently working on our debut EP releasing sometime this year. We’re definitely a team of surprises and providing a lot of consistent material so we’re pumped for the year.

What do you guys think of signing a major deal at this point in your career?

We’ve been in that discussion a lot actually, we can see ourselves signing a major deal, it all depends on with who and what exactly we’re signing up for. But as far as we know, we are boldly not against independency.

Quick. Most memorable moment in music thus far (personal experience) from each of you. Go!

Our most memorable moment would definitely have to be our recent performance at Strange Matter. The energy that night peaked at it’s highest for the group, from the crowd singing the lyrics, for the crowd to basically be in sync with our rhythm on stage, a very special moment.

Any advice for aspiring artists?

Be yourself, don’t try to mold into something your not, especially if your not comfortable with it deep down. Make the music you love, your supposed to love yourself and what you do. Your story is important, let it be told in your best form of emotional express. If you ever feel like no one is listening or no one is recognizing you and your material, do not let that interfere with the mindset you have when you start a record and the feeling you get when you finish a record. Eventually the world will catch on, love yourself and watch your growth develop and flourish.