With lyrical depth and propensity for crafting hits, IDK has cemented himself as an artist that commands attention in 2018 in beyond. 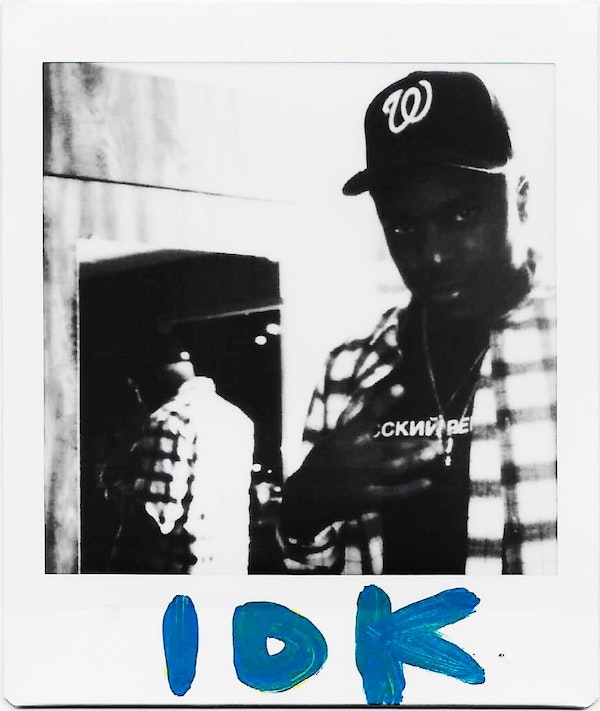 While many of us are still reeling from Rolling Loud‘s latest lineup announcement, we decided it was time to publish our exclusive interview with one of the DMV area’s most prodigious young artists, IDK. Like the letters preceding this sentence, IDK is bold. His lyrically layered albums are trap symphonies and have grown his fanbase to across the globe.

Last December we sent a team to cover Rolling Loud in the Bay Area, among them Mowgli who conducted the following interview with IDK. Speaking on issues like the criminal justice system, race and his newest project “IWASVERYBAD.”

Do you think we can end racism, as a society, is that possible?

Um, I think with time. I don’t think right now. It’s going to be hard right now, know what I mean? I think in like 20 years when everybody is light skinned, then we be good. Feel me?

So what’s that like working with Adult Swim, how was that experience for you?

Working with Adult Swim was a blessing because you know, they saw my vision and how I wasn’t to release music and I kinda wasn’t sure if they would. From there, they kinda took that and really helped me out. They heard the music and saw everything and they really ended up helping a lot. Especially with the push with commercials and stuff like that.

I love the commercials. The birds on your shoulder and cover too, is there something symbolic about that, what’s the meaning behind it if any?

The meaning behind the bird is basically, you know, the whole thing is me basically being in jail. That was the lowest moment of my life, and when that happened, nobody was there. The only person that had my back was my mother. That’s why I got the doves on my shoulder because my mother passed away. So the dove represents her spirit, the angel. That’s kinda what it was, that’s why it was a black background with nothing. It’s because I felt alone, she was really the only one that had my back.

Profiling is going on right now, why do you think that is how it is?

I think part of it is the stereotypes that have been created. And to be honest, it’s not right to judge anybody, but that is kinda where a lot of that shit come from. I guess back when slavery was abolished and everything, I know that a lot of black people were kind of just set to fend for themselves.  They were not set up like everyone else and they had to figure things out and with figuring things out probably came a lot of crime. And because there was a lot of crime, obviously that stuff trickles down to different generations. So now, when you associate a person of color, you associate them with this broad idea of what they are supposed to be.  What is that? Just as you say anything about Spanish people, this is not me being racist, this is honestly what a lot of people say. They will probably say they work hard or some shit like that. Or if think of Jewish people or something , you will say “Okay, they probably have money.” Just little random things like that. It applies with black people. Only, it is a little more negative. You feel me? So that’s why I think that’s how it is.

What does it feel like to be used by the system and “the man,” so to speak?

I actually wrote a story about this in the Huffington Post, where I said that the prison system is a business. Obviously. I worked a job that you get paid probably 20-30 dollars an hour. I was getting $20, $30 dollars a month. I was like picking up trash, cleaning up, doing shit in warehouses, things like that. Then I realized that’s kinda what they do, they make money, I don’t know enough about it to really speak and have like an educated answer. But to me, just using my common sense is seems pretty obvious with what is going on.

What’s it like for you to be here now; here at Rolling Loud in California?

To be here now is amazing. It’s almost like, unbelievable in a sense. I didn’t know what I was going to do what I got out of jail. I mean, I have a record, I have felonies, I have serious charges. I never knew what I would be able to come. But one thing I always knew, was when I went to jail, I didn’t want to go back. And I wanted to make something of myself with whatever i could, even though i had these setbacks. I had the ambition, when I first got out, I didn’t give a fuck. I wanted to work anywhere! I got a job at McDonalds and it was a two hour commute, every fucking day to go there. But i just wanted a job and I was proud to wear that fucking uniform. You feel me? It just seemed like something legit and I was on the path to do something better. You feel me? I just always had that hunger to succeed. It just so happens that I love music and I applied that same hunger to music. This is the result you know?

That’s very motivational my man. So where do you see yourself in 5 – 10 years?

IDK is eager to join the elite and with his combined talent and work ethic, it’s bound to happen. Since this interview IDK has dropped two anthemic singles, with his Hello PT 3 (Freestyle), and most recently his collaborative track with Denzel Curry, “No Wave”.

With his lyrcal depth and propensity for crafting hits, IDK has cemented himself as an artist that commands attention in 2018 in beyond.