The two worlds are closer than you think.

We all have a favorite comedy special, whether we saw it late at night on HBO waiting for a sexy feminine voice to say “The following is attended for mature audiences only” or on a 360p YouTube rip that somehow hasn’t been taken down by the performer yet. Artists like Kanye West and J Cole sample comedy specials time and time again to use them as introductions to a record, most recently on the viral and lighthearted anthem “I Love It” – which credited the hilarious Adele Givens as a feature.

Both rappers and comedians build careers off of memes for our amusement. For example, Lil Pump‘s marketing team included viral “meme-able” content as a foundation of his press rollouts.  6ix9ine might be more known across the twitter for his Instagram antics and MuchDank‘s hilarious edits than for his records. Soulja Boy has strung together several hilarious encounters in the past 72 hours to make himself a moment that you can guarantee leads to streams. Its the lighthearted viral moments like these that create attention for artists when you least expect it. Before this week, the last you heard about Soulja Boy was that he was in legal trouble for selling overpriced Nintendo emulators. Now, he is all over your twitter feed and performing in a sold-out Barclays Center for YAMS Day, the ASAP Mob’s biggest event to honor their late and legendary founder, ASAP Yams.

On the comedy side of the industry, you have guys like SupremePatty, the infamous pimple-faced Instagram comedian known for weed scavenger hunts and squeezing lemons in his eyes. Patty started as a creator of viral videos due to their extreme and radical nature, then he started to release music. His song “Blah Blah” has almost 7.5 million views on YouTube.

Patty now finds the live embodiment of memes and helps them cash in and capitalize off of their viral moment. Look at his homies Wide Neck and Daddy Long Neck, who both found internet fame in their abnormal aortas. 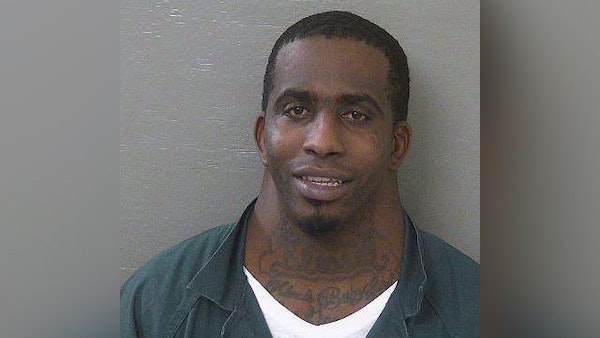 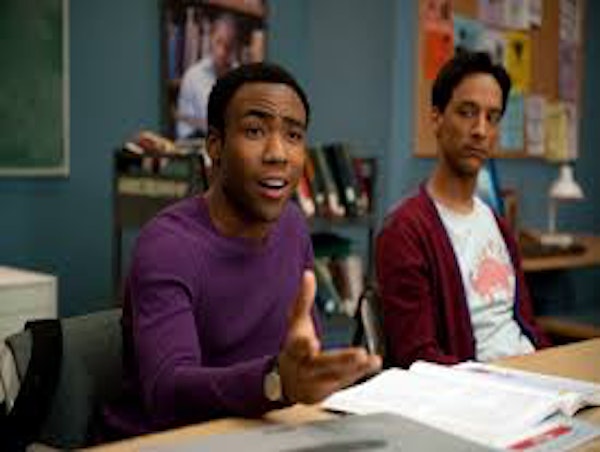 Along with the help of Patty, these two racked in 3.3 million views with their remix of fellow living meme Blueface‘s “Next Big Thing”, cleverly entitled “Necks Big Thing”.

Despite their dedication and sincerity to their musical careers, the attention and financial opportunities acquired through these laughable romps are undeniable, and lucrative. 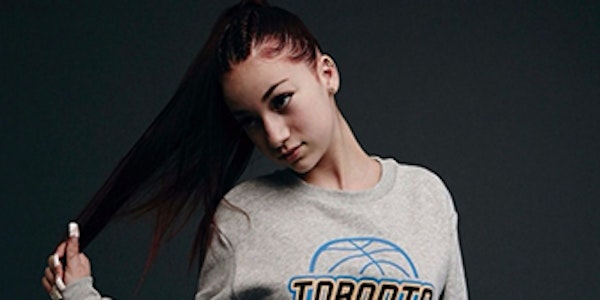 Before she was Bhad Bhabie, she was Danielle Bregoli, another troubled teen featured on Dr.Phil. I don’t even need to mention her quote and you still know it. But do you know her lyrics? Well, a lot of people do, as the newcomer wants to be taken seriously as an artist. She has songs with some of the biggest names in Hip Hop like Lil Yachty and YBN Nahmir, and doesn’t take the same path as the neck crew up there. She raps with ambition, and not about being caught outside – she tries to shed the meme-able image that got her to this position and take the next step in her career, which includes a near million dollar makeup deal and 105 million views. Although her meme may never die, she’s laughing her way to the bank.

The aforementioned creators minus Kanye and J Cole, have all had their “talents” questioned. Supreme Patty is frequently featured on Instagram comedy pages, but would you pay to see his stand up set of lemons and necks? Hip hop heads swear that new age artists who are branded like Lil Pump and Bhad Bhabie are tarnishing the foundation and thesis that which hip hop was built upon.

There might not be a bigger hip hop head in the comedy world than Dave Chappelle. A man who is known to not only be acutely self-aware but also aware of the state of society. A man who knows when its time to go away, and when its time to come out of the shadows to shine a light. In his latest comeback, Dave Chappelle performed at Radio City Music Hall, which is possibly the most famous concert hall in the world. Each of the 17 nights, he shared the stage with a musician he respected: Chance the Rapper, Erykah Badu, The Roots, Nas, but most importantly to this article…Childish Gambino.

Childish Gambino aka Donald Glover’s musical talent was once questioned too. After the release of his first commerical project “Camp”, Pitchfork gave it a laughable 1.6 rating. The prolific 30 Rock writer and Community actor never faced criticism like that before. He was the golden boy of television comedy, but he would quickly bounce back. Since then he has released a record that will play at BBQ’s until the end of time and 2 Grammy-nominated albums. 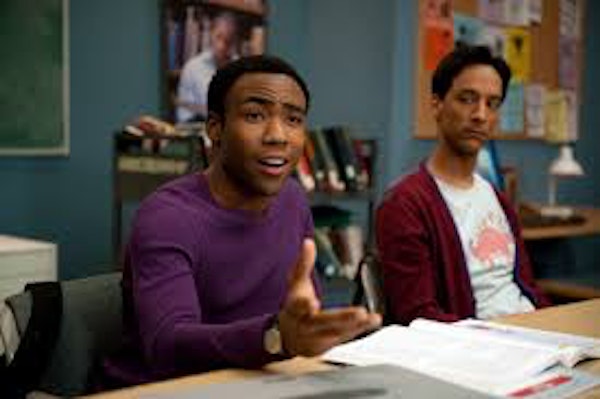 Similar to comedians like Kevin Hart, who stars opposite of Bryan Cranston in his latest dramatic film, he wanted to venture out and be taken seriously as a well rounded entertainer. He left the comedy world, which made him a household name and collaborated with Ludwig Goransson (who scored Community and produced “Redbone”) to make music. He left his safe space filled with the laughter of audiences to take on a new era in his career, just like how Steve Carrell, Robin Williams and Kevin Hart have. Not to say he doesn’t dabble in his comedic roots, in 2018 he hosted SNL as Donald Glover but performed under his Childish Gambino moniker. But to date, he is most known for his dense and aware release of “This is America”, which pissed off republicans everywhere. There isn’t anything funny about the record, and the music video is more of a performance piece than anything else. His newest ventures in cinema aren’t comedic, they are major roles in classic franchises like Star Wars and The Lion King.

The point being, there is always a middle ground. Comedy and Hip Hop don’t have to be one of two extremes: painfully unaware or overly aware. Sometimes there is just the right amount of both, with a dash of genuine.

Take Post Malone for example, the lovable singer-songwriter can do no wrong. His songs and hooks go viral and his giddy charm is infectious. His is only himself. Even when pressed or questioned about his preferences in music or his admiration for the hip hop culture, he only speaks his truth – even when others don’t like it. Similar to how comedians perform. Every joke may not be funny, but every joke contains truth.

Lil Dicky built a whole career on his self deprecating name and his comedic yet relatable songs. He was a guy who embodied the archetype that is in every friend group…except he can rap extremely well and has a #1 record with Chris Brown.

Rae Sremmurd have had countless hits together, but are also the creators of the infamous “Mannequin Challenge”. Looking back on it, the trends we set a few years back maybe cringe worthy but at the time even Ellen and the Obamas were doing it.

The connection of songs and viral trends have become a staple in the modern era of hip hop, and have led to chart-topping records like Drake‘s summer smash “In My Feelings”. The song of the summer was propelled to the top spot on Billboard’s Hot 100 by comedian Shiggy‘s infamous dance craze that swept the world out of their driver’s seats. Even Drake accredited the song’s astronomical success to Shiggy’s viral trend and despite its catchy songwriting, it’s hard to say Champagne Papi would have made the top spot without us risking our lives in traffic.

On the comedic side of things, two of the most well-rounded newcomers in comedy started on Vine. Cody Ko and Noel Miller were at a time most known for their 6-second antics that included “cool dad” and “ya boi, skinny penis”. Similar to Rae Sremmurd, they both make great content separately but are a force to be reckoned with together.

Unknowingly, I first was first introduced to them on Vine. “It’s ya boi, uh, skinny penis” is still my favorite vine to this day, don’t ask why. Unlike Lele Pons and the Paul brothers, they didn’t migrate to YouTube to cash in on kid-friendly content once the beloved app was shut down. Instead, they stayed true to themselves and made sketches and reaction videos to the cringe-worthy content the internet has to offer.

I didn’t even know their names until I saw both Cody and Noel, along with EDM artist Spock, clown on Russ – who has become the butt of the joke in all things hip hop.

I don’t like Russ at all. So watching this, I laughed my ass off. As a guy who gets a majority of his entertainment from YouTube, I delved into their older videos and other channels including the Tiny Meat Gang podcast. On the podcast, Cody and Noel talk about everything from Fortnite, Squatting 680, and the UFC to Deep House DJ Flight Attendants, Love Island, and what it would be like if Lil Pump was on The Bachelor. It isn’t contrived or overly-planned, it seems like your two best friends talking for an hour and like any conversation with friends – music has to come up.

Noel is a hip hop head. He doesn’t say it outright, but his references of J Dilla and Cam’ron speak for themselves. Cody is learning to produce from their buddy Spock, who is already making a name for himself in the electronic world. They talk about 6ix9ine’s rise and fall and have serious talks about the implications of idolizing controversial yet talented artists like XXXTentacion. Although you would never expect it, hip hop interjects itself as it is the greatest contributor in popular media.

With such a soft spot for hip hop, it was only a matter of time before they started creating. Hence, Locals Only, their debut EP under the group name TMG. The ridiculously hilarious, yet on-brand project is stylistically similar to that of Lil Dicky. Noel can low-key rap his ass off and Cody holds his own and kills it with co-production bring us that thick chobi bass (along with Spock). Their songs aren’t puns or planned to surround their viral moments, but they aren’t trying to be taken too serious – as they are first and foremost comedians. Unlike Supreme Patty, they can perform and have sold out a nationwide tour, and unlike Bhad Bhabie and Donald Glover, they don’t need to shed their past ventures before taking on a new one.

The internet has become the new starting point for both comedians and rappers. It is no longer in downtown clubs or in neighborhood cyphers. The ability to connect directly with fans and get feedback from a community that is united by interest is unmatched. The freedom given to all parties no longer restricts public support to a concert or a stand-up set. We love musicians and comedians for being diverse and creative in every which way possible. One dimensional personalities can’t maintain in the industry the same as they did in the past. You have to connect every second of attention you get together to make your 15 minutes of fame last as long and be as memorable as possible. I can’t guarantee that each comedian has a hot 16 ready to go, but I can guarantee that the next generation of rappers will try to tickle your funny bone.