A conversation with the Brooklyn rapper on the rise 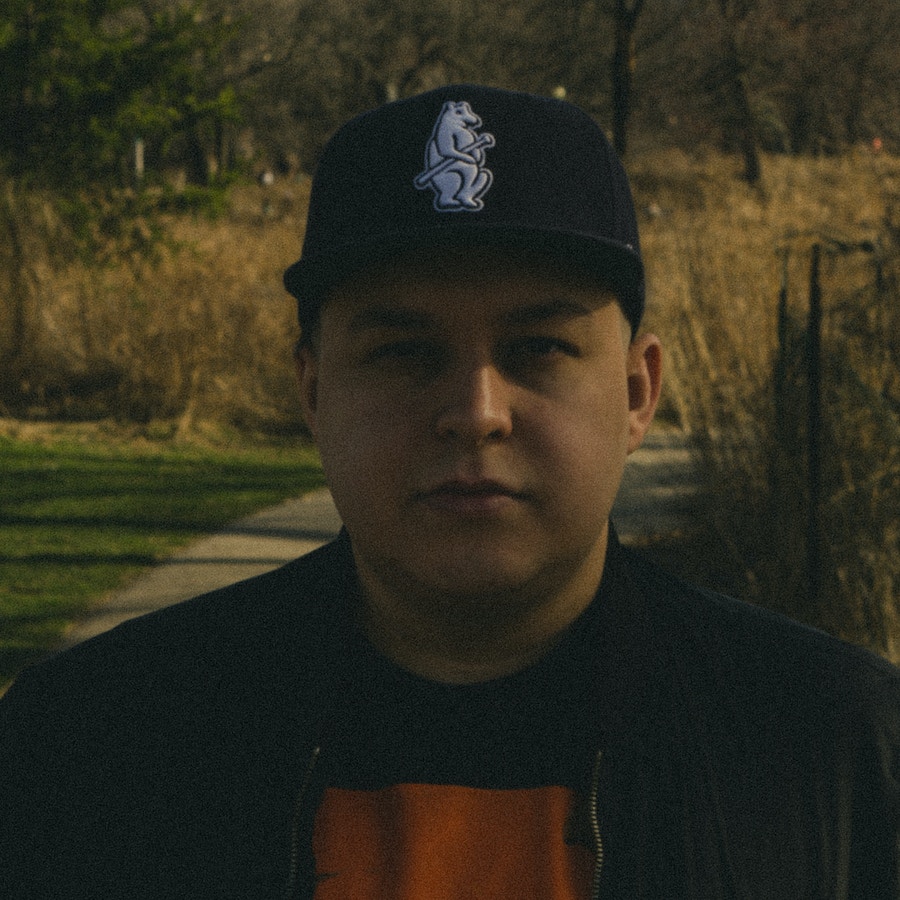 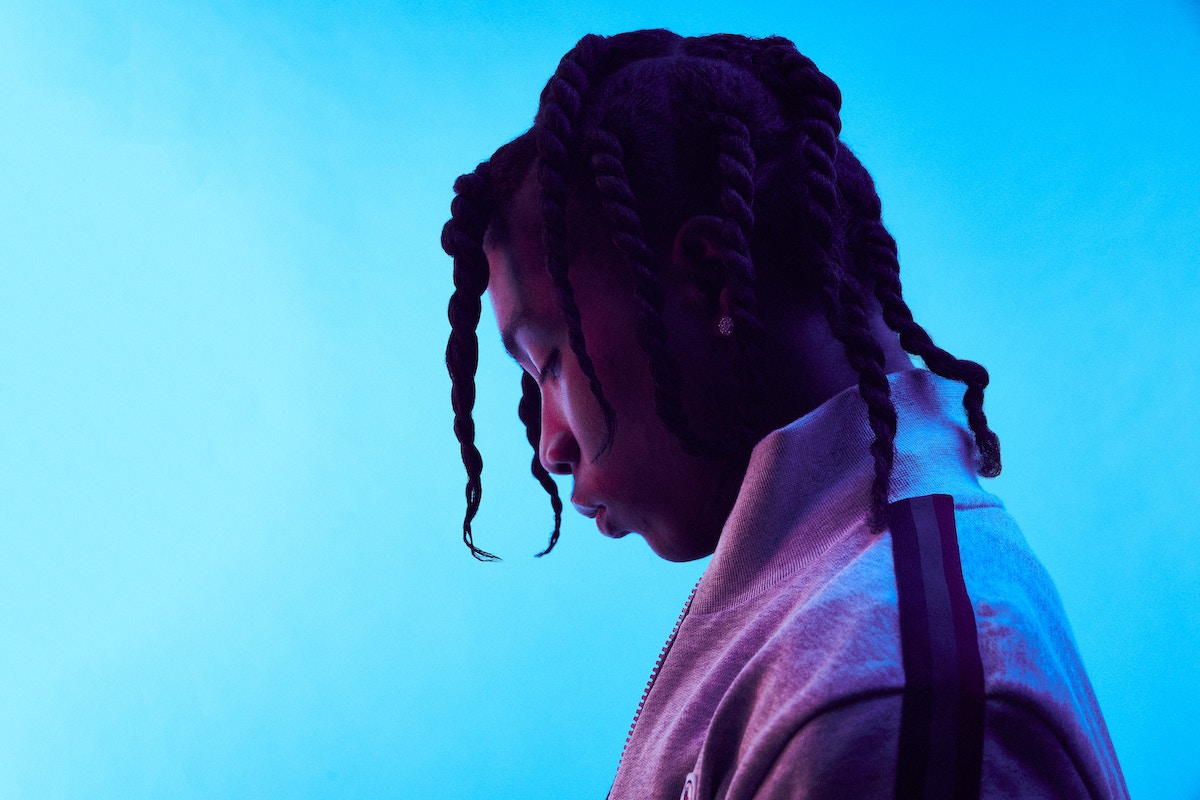 Brooklyn Native Badda TD regularly hears his music in the neighborhood he grew up in these days. Sharing a small apartment with his parents, he was introduced to rap at a young age, and now he’s the Prince of Flatbush.

Badda's love for music sparked at a young age when his uncle introduced him to all the OG's of the rap game from Tupac to 50 Cent. Around the age of 14, he began to take a more profound interest in music and began to hit up the studio.

In 2018, Badda released his first single, "Got No Time." This song's visuals went on to amass a couple of thousand views that motivated the young rapper to build a momentum that propelled him to a string of hits that eventually blew him up.

The following two years, he kept consistent and dropped a couple of visuals that in total amassed over 29 million views and 23 million streams.

Last year during the pandemic, Badda landed a deal with Sony's Epic Records. He kicked off the new year by linking up with 42 Dugg and dropped" Feel Like a Boss," a single of his debut EP, Prince of Flatbush.

A week before the EP release, I caught up with Badda as he got candid over his music career and coming up in NYC.

Share a quick story with me about your life?

My life, I got kind of a crazy life, you know, although it's a regular life of an average person that lives in the neighborhood I come from. When I was young, my father got locked up and sentenced to 50 years when I was six. It hurt me in a way, but in a sense, it kind of made me. It's the reason why I do what I do today. He's the reason I go so hard. Watching him there and not really having all the resources a normal kid should have, including especially a parent. I just found music at a really young age. I would say around when I was 4-years-old. After my dad got locked up, I started writing music and playing around with it. When I was about 14, I made my first song and dropped my first video; from there, here we are.

Where did your love for music come from?

My uncle use to always make me listen to rappers like 50 Cent, Lil Wayne, Drake, and Tupac. He wanted me to know my history. I grew up listening to rappers like that, and as time progressed, I started listening to different rappers from different states like Shy Glizzy, Lil Snupe, Meek Mill, there's a lot, and I can say I listen to almost every artist from 2010 to now. I've seen how music has evolved, and it changes stuff. I feel like my music is the way it is because I have something from each era.

Well, my favorite artist is Lil Wayne, but my biggest influence is Drake. I always dreamt to be at the same level of close to him or maybe even bigger. He does everything. I don't consider myself just a rapper; I consider myself an artist. I can do it all. If you love music, I feel like you're supposed to do it all and reach every aspect there is.

What have you been up to since the pandemic started?

I've been recording and shooting videos. I worked On the project Prince of Flatbush; it has seven tracks on it. I wasn't actually signed to Epic before the pandemic, so thank God. Also, I'm about to graduate high school in about two months, though.

How would you describe New York right now amidst a pandemic? How has it affected you? How has it changed your life?

Well, you know New York closing down there wasn't much to do but record. I would say the pandemic was good for some and bad for others. I would say it was good for me because it gave me a chance to sit down and focus on what I loved to do. Regular life was on pause for a second, but everything is pretty open now.

I go off the vibe, and lately, for the past couple of months, I always record in the room. I like the vibe when everybody is there. Everybody got a story to them. Every human being has a story to them, so I like to feel that energy in the room.

What made this the right time to drop the Prince of Flatbush EP? 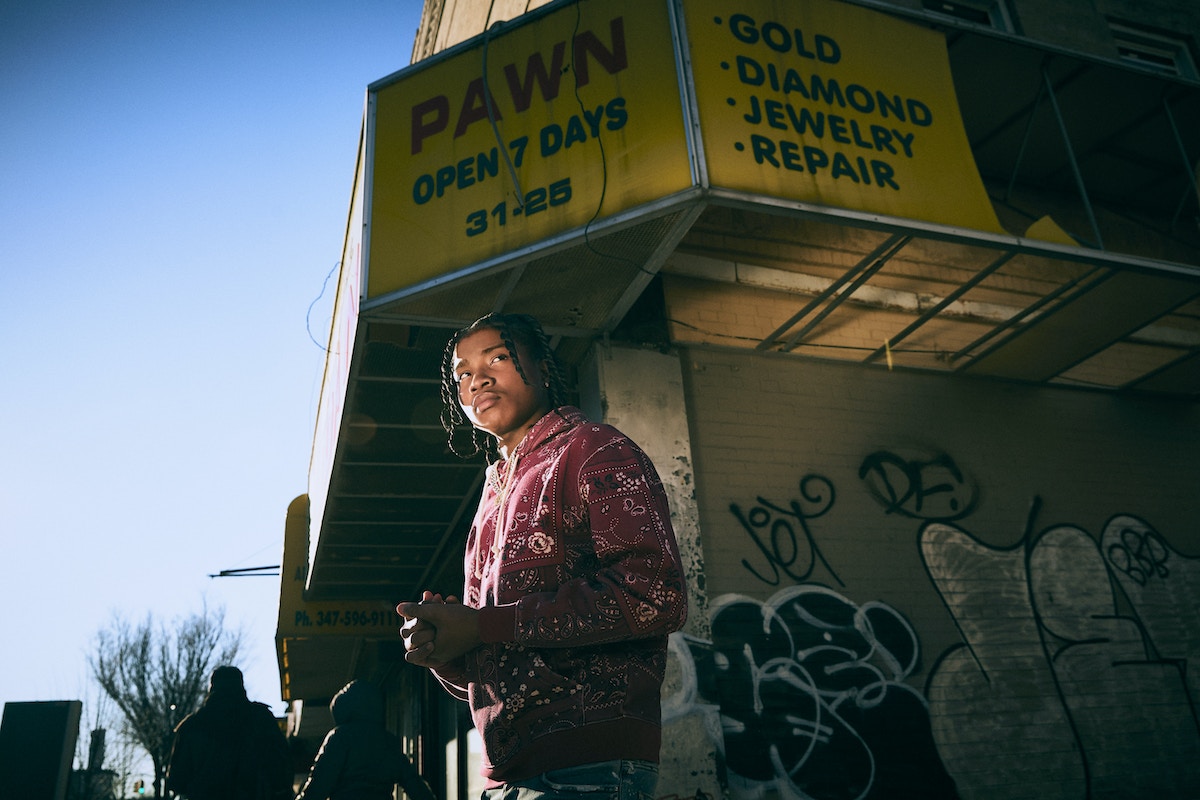 Do you remember that moment in life when you decided to pursue music full time?

When I wrote my first song at 14, when I wrote it and recorded it, everybody was like it got something to it. You could do it, and by the third song, when I shot the video, it got 5,000 views in a month. For me, that was big because I was 14, and 1,000 views was big for me. I don't know 1,000 people. When I got 5,000 views out of me just promoting it, I just said to myself ima do this. Since I was young, maybe second grade or third grade, I told myself I don't think I want to go to college.

What inspires you to keep going?

My father number one, my family, my friends, this other artist too, for example, Lil Durk they start off with nothing, and they get everything. I see God bless the real people in the world.

Tell me about your life growing up without a father and how your mother had to step up and provide for you on her own?

I didn't really get to spend a lot of time with my mom because she was always working overtime. Me and my mom have a really strong relationship due to my father not being here. Watching my mom struggling and working overtime, it made me write harder. I'd cry because I don't know how she could do it, 16 to 18 hours at work. She's a very strong woman. She plays a big role in everything I got going on right now.

Tell me about coming up in Flatbush? Is it true they call you the prince of Flatbush because you're well known around?

Yeah, that's true. I'm starting to grow with that name now. I've been trying to give back to the hood as my career progresses. For example, I did a toy give-a-way for Christmas. Every Christmas, I'm gonna be doing that. And now, on my birthday, I want to do something else for the kids in my neighborhood as well, in the summertime.

What is RPG? You mention it every now and then in your songs.

How and when did Epic Records come into the picture?

Well, "Picture I Paint" was the third video I ever dropped, and somehow, someway it blew up, and after that, I dropped "Gang Gang," and it did the same thing. So you know a bunch of labels hit me trying to negotiate this and that, you know got it goes. I just felt like Epic really showed love. When you sign to a label, you need the label to actually love you. You can't just sign to a label who just wants you for business. I felt like Epic really loved me and want to see me win.

You just linked up with Rowdy Rebel. Did he give you any advice?

We had a video shoot, it was great. He actually did give me some advice on a couple of things. One my image is everything. We did the video shoot, and I wanted to put on a certain outfit, but the director wanted me to wear some else. He was like, that is what you should put on because that's your style, but there's certain things you gotta do for your image. You should wear that. Do that anything that's good for your image, do it lil bro. He also kinda helped me with my adlibs. He helped me go hard on my adlibs as well. Now when I record, my adlibs are more up-tempo. I had real fun at the video shoot can't wait till y'all see it.

Tell me about the time when you were in the studio with Pop Smoke?

Rest in Peace, Pop, you know being from Brooklyn, everybody knows everybody, so I knew people that knew him, and he knew people that knew me. I was going to the studio one day, and my manager knew his manager, and I know his manager as well, but we were both in the same building, so they told us to come upstairs, and we came upstairs. I met Pop, he heard my songs. He was jacking it. He actually wanted to get on one of my songs, but it didn't happen. He ended up passing a week later. Rest In Peace. Pop also gave me some advice too. He told me don't listen to what anybody say. If you think it's right, do it. Pop was a good soul.

Is there anything you want to let your fans know?

What's next for Badda, and where do you see yourself within the next decade?

EP dropping, after that, I'll have an album come out sometime around the summertime. The album is ready, just waiting on the right time. It may or may not drop. I don't want to get people too hyped. If not summer, then definitely the fall.

In 10 years, I see myself as a well-established artist whose family is better than ok they're great. My whole family, my friend, everyone around me will be just good. Whether it's them having a business or having a job, everyone is going to be good including myself. I also want to be one of the biggest artists within the next ten years.