How a teenager from Colorado got into Kanye’s listening party

Connnor Tacy was determined to hear the new ‘Ye album. 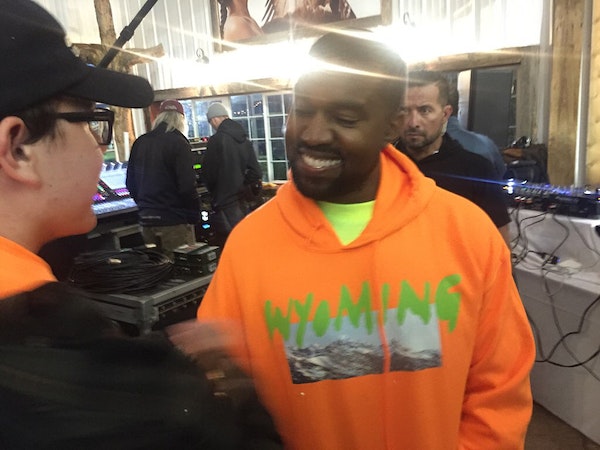 On Thursday evening, Kanye West flew a handful of family, friends and celebrities to the barren lands of Jackson Hole, Wyoming for a listening party of his new album “Ye.” The event was live-streamed across the internet, with names like Kim Kardashian, 2 Chainz and Jonah Hill making appearances as Kanye bumped his new project front-t0-back.

In attendance was also an uninvited 17-year-old Colorado native named Connor Tacy, who make the 6-hour trek to Wyoming as soon as he heard a rumor about the listening event.

“I’m a huge Kanye fan,” he told Gen and Lewis of Triple J Drive. “I learned about it the morning that everybody learned about it. I’d already heard Kanye was in Wyoming and heard through a Pusha T interview he was staying at the Amangani Hotel.”

Though Connor was unable to book a hotel due to high demand, he did run into Kanye’s cousin Tony Williams.

With a little bit of luck and a lot of effort, the teen was later able to make his way into the event with an official wristband.

“I stood in a couple places. Towards the beginning I was a few people away; I think I was next to Kanye’s promotional manager. Then I was right behind 2 Chainz. They played the album about three or four times and towards the last couple plays I was pretty much right next to Kim. I don’t know how I got right in the inner circle.”

GREATEST. NIGHT. OF. ALL. TIME.